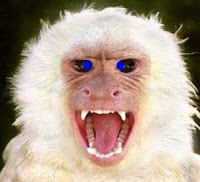 Waiting for cones to fall is always a good time to do some reflecting. (It's a better time to clean the studio, but reflecting helps me avoid exactly that.) The firing
is at ^6 right now - yes, at 8 am. Last minute Lori strikes again: I have one last sale this year - the Portland Pottery Holiday Sale, opening Thursday night thru Sunday.

In some ways that sale marks the end of the year for me, and I can't say I am sorry to see this one go. I wrote in February that the Fire Monkey can be irascible and unpredictable, and indeed, it was. Is, still, for a few more weeks. The loss, too young, of Bowie and Prince, require no more response than sorrow, but the Fire Monkey's more recent antics have repercussions for us all.

For example: I had planned for the first time ever to replace my car before it died out from under me. I was thinking a (used, obviously) little truck, maybe a Colorado or a Tacoma. Something I could use for art fairs.The economy's humming along, I thought; orders & class enrollments are good. I had reason to believe they would continue. Then the Fire Monkey flung his flaming poo, and that all changed. Now the Magic 8 Ball says recession is likely in the next couple of years, and I do not want to be caught with a car note when it happens. I also need to be saving hard, because it is more than likely I will lose my health insurance, not next year but the one following.

I haven't stayed afloat this long by ignoring my Magic 8 Ball.

In some ways what happens in Washington is like the weather: sometimes it rains, sometimes it doesn't, not a lot you can do about it. Sometimes you have health insurance for a few years, sometimes someone comes along saying, "Haha, hope you didn't get used to it, sucker!" We vote, we call our legislators, but ultimately we roll with whatever happens, because what other choice do we have?

Still, I find a slim silver lining: if I am not buying a little truck, that frees up some of the money I had meant for a down payment to buy a couple of other things I have been needing for a while: a laptop & a new camera. My old laptop - which was old when I bought it in 2011 - was finally so slow that I could hardly bear to use it, which accounts in part for my sharp decline in blogging. I bought a new one last week. I am also getting a camera - my good one shuffled off this mortal coil over the summer, and I've been relying on my cell phone, which is obviously not adequate for my needs. I am leaning towards a Nikon Coolpix b500.

My ^8 is falling: time to apply the soda! Trying something different this time.  I'll be hurrying the unload a bit, but if there is time before the show I'll post some pix.

Here's to a successful firing and show. Little trucks have gotten so expensive, looked at a couple and decided to get our old one fixed. For shows we have a large van, it was two years old when we bought it and they were asking almost the same amt of money for a 13 yr old truck. Go figure, guess they are more expensive since small trucks are no longer made.

THanks, Jo - I will keep that in mind, when the Magic 8 Ball once again suggests the time is right to replace my car!