Turns Out It's Not Just Potters

Psychology Today has an interesting article this month on why we get so attached to our favorite mugs. They offer six reasons, including the association with warm stimulating or soothing beverages, and the circumstances in which we use our mugs, which can have a ritual aspect. All of the reasons make sense, and I'd add this: the way in which we use mugs - with our hands wrapped around them - is more intimate and personal than the way we typically use plates or bowls.

And, let's not forget: some mugs are just objectively awesome! I threw some mugs today, hoping one or more or them will grow up to be somebody's favorite.

Last Wednesday I made a trip to Lewiston (the Dirty Lew, as we cal lit here in Maine) to get hardbrick to raise the stack a couple of courses, as a reuslt of my bad firing in Jauary . I had decided I might as well get enough to rebuild the bag walls, because they'll need to redo sooner than later.

INFAB is a pretty small operation, and they sell things other than brick. Sometimes in the past I have made the trip only to discover that the brick guy is on a delivery and nobody there was able to help me, so I called down to let them know what I needed. Unfortunately when I got there, the brick dud ws in fact present, but the brick weren't. :( They had medium duty and high duty straights, and superduty arches, but no superduty straights.
So, decision time: the high duty are obviously not gonna work for the bag wall, because those are interior to the kiln. But they will work for the top of the stack. My only hesitation was: someday I will rebuild this kiln. If some of the brick are not appropriate for the interior of the kiln, I run the risk if getting them mixed up during some future rebuild and having a minor disaster. But it'll be a couple of weeks before they have the supers, and I didn't want to wait that long.

Think, think think! Hmm. I decided to get enough high duty brick to raise the stack, and then just spray paint them, and try to remember, when I do my rebuild some years from now, what the hell the spray paint meant.

Since then I have not had a good day to get up on the roof. We've several small snowstorms. Today is clear, but below zero! I ain't going out there, not when I can stay in here and join the cat pile.
Posted by Lori Watts at 9:37 AM 3 comments

In the Chinese Lunar calendar, today is the first day of the year of the Fire Monkey!

I'm not one for superstition; good thing, too, because the Fire Monkey sounds like a handful. The Monkey is always clever and adventurous; fire can make him irascible and unpredictable. The year is associated with fast-moving change, that the quick of wit can successfully navigate and benefit from.

That's what the literature says; take it for what it's worth. I prefer to think of ours as a tribe of Fire Monkeys, and if so, this is our year to shine.
Posted by Lori Watts at 2:32 PM 1 comments

Yesterday In Bed I Lay 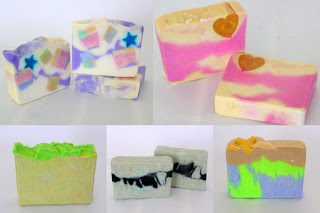 Yesterday I was stuck in bed with either a cold or the flu - I can never tell the difference. I'd have been kicking myself for declining the free flu shot because I hate shots, but I was too wrung out. It was the kind of illness where you feel fine until you try to get up, and then you are weak as a kitten.

It was probably better that I stayed in bed anyway. I don't have anything urgent on my to-do list, and because I stayed down I am feeling much better today. And - as the self-employed among my readership will recognize - even when I am too sick to work, I get some work done.

Yesterday I crossed off a task that has been on my list for a while, and create my new Etsy shop, Sweet Life Bath and Body. Check it out, if you are into that sort of thing.