Just wanted to offer a heads' up about what looks like an amazing workshop featuring Maine's own Tim Christensen in Palermo, Sicily! 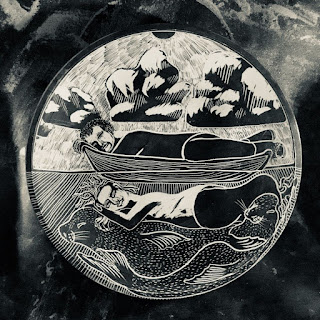 In this exciting and multifaceted class, participants will learn two different, though related, media and techniques: Black and white sgraffito on porcelain, and dry point etching on PET resin. We will focus on the skies and sea of Sicily, working outside as much as possible to capture the light drenched and ever-shifting natural beauty of this enchanted place. Artists will leave with bisque-fired porcelain pieces suitable for display or further firing, and stabilized for travel, as well as a number of plates for printing. If time allows, artists will learn to wipe and pull prints from their plates. Artists should expect to be able to make one completed sgraffito piece or etched plate per day of class. All tools and materials will be provided, and of course bring your own tools if you have favorites! This will be a fun exploration of technique, with a special focus on strengthening visual memory skills.

The venue, Casa Pergola, is owned by two friends of mine, Paul Mahoney and David Henderson, both artists and American ex-pats. I watched long distance as they transformed the former olive mill into a beautiful destination villa with handcrafted details in every corner. Paul & David are fun & funny, charming & talented, and their company a,one would make the trip worthwhile.

I so so wish I could attend this workshop...but next best thing would be you going & coming back to tell us all about it.
Posted by Lori Watts at 8:42 AM 4 comments 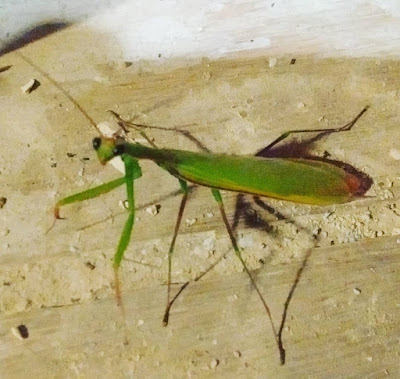 The weeks leading up to an art fair usually involve some late nights in the studio. Last night was one, as I try to squeeze out one more firing before the Common Ground Fair. My summer studio is outside, and I never know who will drop by: raccoon, skunk, even an opossum once. They are hard to photograph - mammals mostly have the good sense to skedaddle once they're spotted.

Last night I moved a toolbox out of my way and discovered this praying mantis whiling away the evening & listening to the Savage Lovecast with me. Honestly if anyone could use Dan Savage's advice, it's a praying mantis.

I was charmed by her steady gaze, as though she were as interested in me as I was in her. Sorry there's no object in the photo to give you a sense of scale; I didn't want to spook her. A mantis is a pretty big bug; this one was about 4 inches long. I relocated her shortly after the photo, despite her obvious charisma - I didn't want to have to worry about accidentally squishing her.

I finished up some Jaunty Jars last night, trimmed a few bowls, decorated some tall vases; today I'll throw small things to fill the firing. It's my last day to make stuff for this bisque, and I intend to make the most of it.
Posted by Lori Watts at 5:48 AM 0 comments