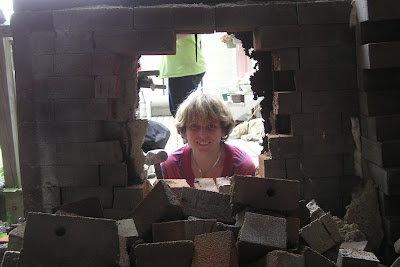 Well, more like demolition debris. I had a plan to invite all the strong guys I know to come and help take apart the kiln; in fact that was set for June 5. But my brother-in-law, visiting from Massachusetts, had a better idea: just bust it up. Since I had already decided I was not planning to re-use the arch, I should have thought of that myself. So he grabbed his two-pound sledge and we went to work. 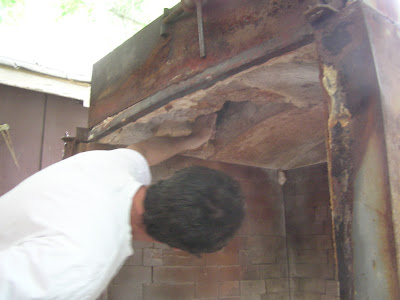 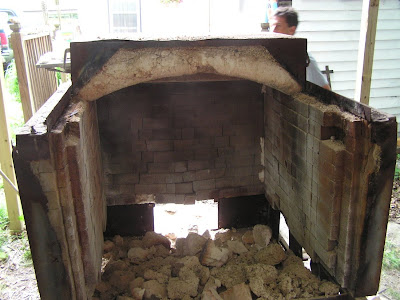 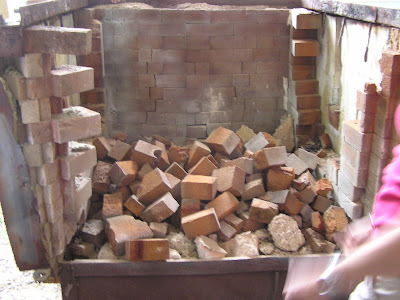 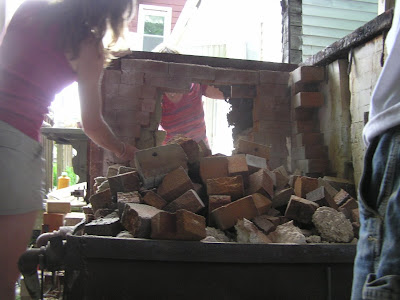 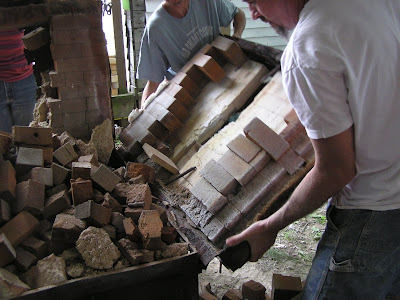 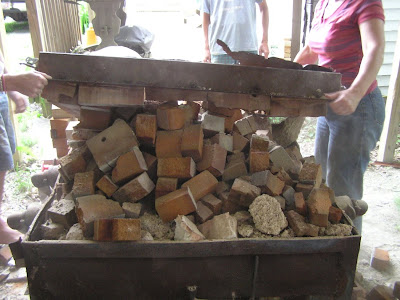 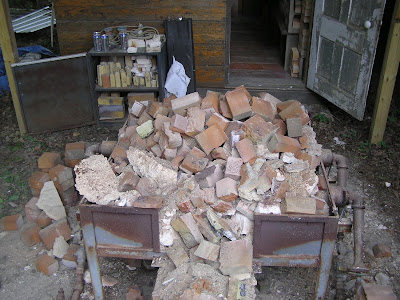 There were some salvagable brick in the walls -- not that I expect to need them, but it's better to have too many. The rest could, I suppose be ground up to make castable -- any takers?
Posted by Lori Watts at 5:53 PM 1 comments 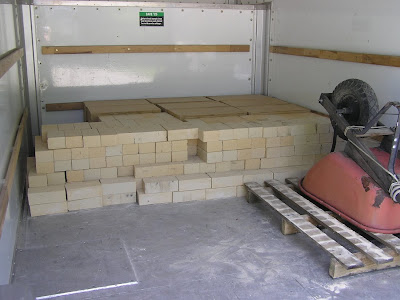 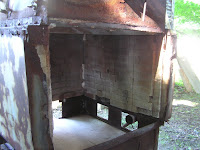 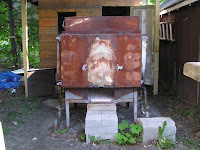 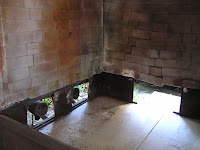 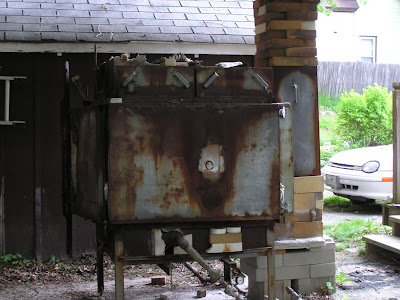 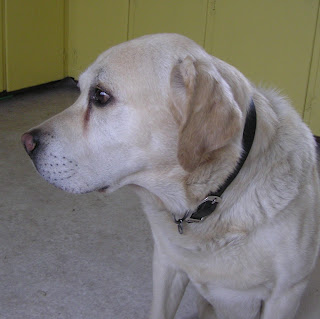 A couple of years ago, my husband and I adopted a dog. Not entirely by choice, but it has nevertheless worked out pretty well. He has an oddball name, given him by my brother-in-law, but to spare explanations I just sort of nicknamed him Q. This pleases me because it is the initial of his actual name (Queequeg) and because it is the name of a recurring Star Trek villain (or anti-hero, perhaps?)

I promise I am going somewhere with this.

Anyway, Q has recently taken to running. We often keep him off leash in the yard, but lately -- and only after dark -- he has been waiting for a moment when no one is looking, and disappearing. He is a wily dog, and knows that if we find him, the fun is over; so we've come to realize that combing the neighborhood calling for him is counter-productive at best, and brings him home no sooner than lying in bed staring at the ceiling and praying he doesn't get hit by a car, encounter a coyote, eat something poisonous, etc. He returns sometime between 3 and 5 am. This has happened maybe six times in the last two months; though he has now lost his off-leash privileges, last night he escaped when the knot holding his rope to the porch failed. I refuse to believe that he untied it, but I know he would if he could.

(Not to get too far off on a tangent, but I feel I need to say, it's not like he's stuck in the house, pent up and bored all the time. He gets two, or more, long walks every day; he is free to run the 30 acres of Watershed, and play with the resident pooches, when I fire the kilns there; just yesterday he spent the day with me at Kennebec River Artisans to reprise his role as store greeter. He really has no excuse.)

Enormous procrastinator that I am, I wind up kicking myself that I've not yet gotten one of those tags made with our contact information. I always swear I will do it, while he is missing, and then forget about it after he comes back. While waiting for him last night, I had a bright idea: why don't I make him a name tag? Might as well do something useful since I won't be sleeping anyway. So I got up, trundled to the studio in my jammies (Yay for having my studio in the house!) and set to work. Something not too heavy, with no sharp edges; I think I still have some alphabet pasta around here? Here's what I came up with: 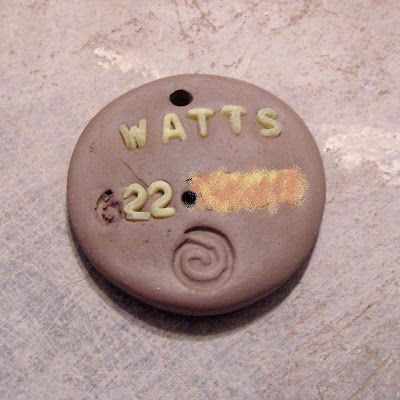 I felt a little silly doing it, but I obscured the number because it seemed like a poor idea to post it on the internet. Not that we ever answer the phone anyway. Much to my surprise, there are no 6s in alphabet pasta. No Is either. A disproportionate number of 8s. Still, nothing I couldn't work around. After I made this one (and Q still was not home) I thought, maybe other pet owners would like something a little more stylish than those metal bone-shapes with stamped number, so I made a sample: 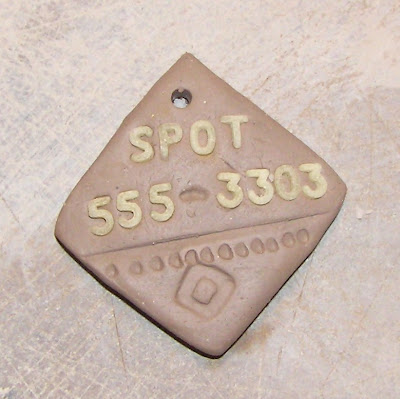 Q is home again, and now secured to a chain instead of a rope. He knows I am pissed off, but I can't stay mad for long. (He knows that, too.) I might have made a mistake, giving him such a mischeivious namesake.
Posted by Lori Watts at 10:30 AM 0 comments