Winter In the Rear View 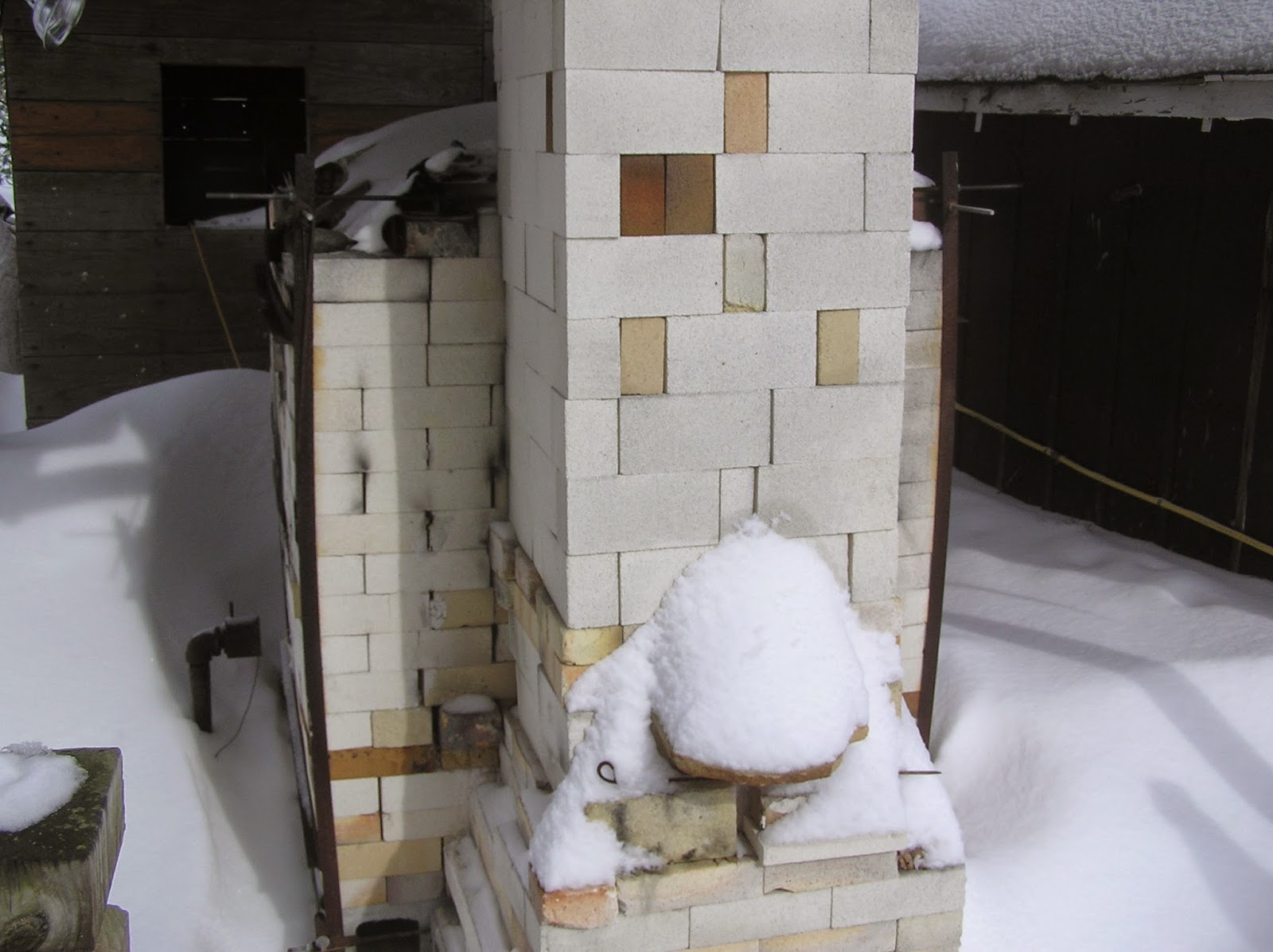 Someday, I would like to post some pictures of stoneware instead of snow. To that end, I'm going to have to fire. And to do that, I had to clear the kiln of drifts that were shoulder-high in some places. (Of course, my shoulders are lower than some people's!)

I didn't mean to let it get so deep! After the first snowstorm in January, I thought, Well, I haven't got a kilnload yet anyway. I'll just stay snug, make pots, and wait for a thaw. Then we got four - or five? I lost count - major storms in a two week period, and just shoveling out the mailbox became a full-time job. And no one was waiting for these pots, so I put off firing. And it snowed. And snowed. And snowed.

Last Sunday we got the first day that was remotedly like a thaw: a single day in the mid-thirties. I grabbed the chance to clear the snow. 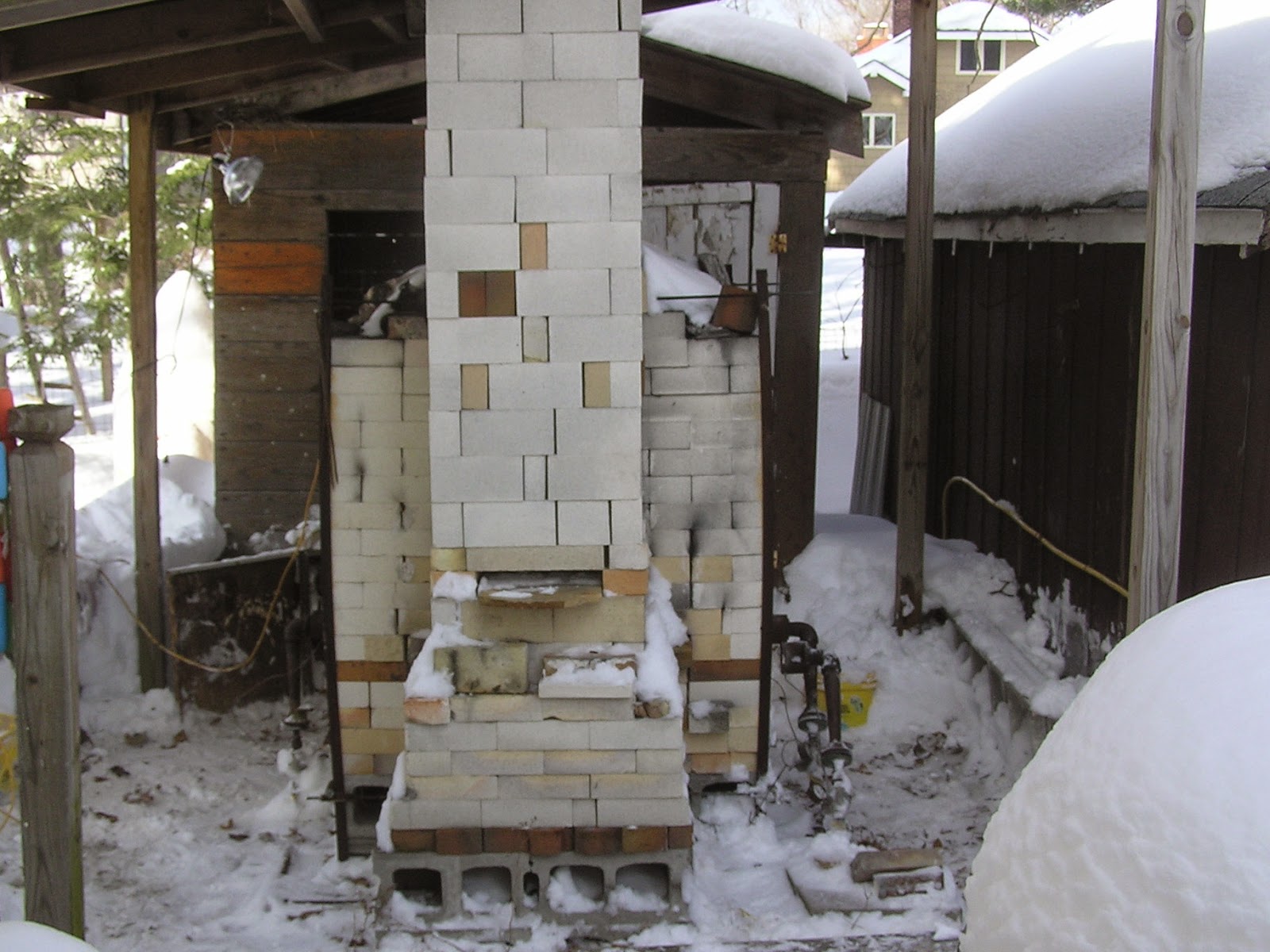 Unfortunately some - a lot! - had blown into the kilnshed as well, and had to be cleared carefully, so as not to break firebrick and kiln shelves. Some of my shelves are Advancers - a little treat for myself and my back - they are very light but also more fragile, and they do not like being exposed to the weather. Or rather, they do just fine in the weather but need to be thoroughly dried before firing. So I cleared out the kiln shed, scooped snow out of the kiln, and discovered that I hadn't scraped the shelves after the last firing. UGH I HATE ME DON'T YOU???

These are the last damn snow photos, I promise!! Tomorrow is March. Some years we have crocuses up by now. (For all I know they are out of the ground now, just buried.) Soap is a fine outlet for creativity but I am feeling antsy to fire, so it's time to get back on schedule. Because it's winter and I can't load in advance, I can only fire when I have two whole days at home, so the schedule looks like this:
Just by weird coincidence, I've received several invitations to apply for co-op galleries in the last few weeks. All of these are good opportunities, but I wouldn't be able to participate in ALL of them, should I get accepted, so I need to decide. Whichever one I apply for, I am going to need POTS to show them. Good pots. It's time to get outside and make that happen.