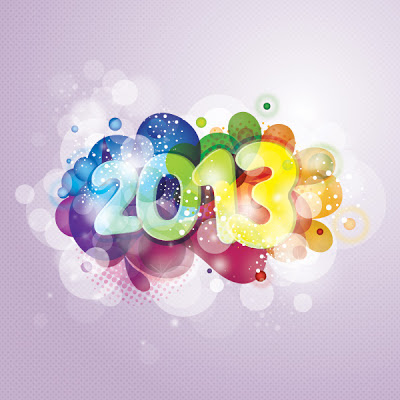 I realized I spent the week of reflection sort of mewling on about how that's-it-I'm-really-raising-prices-this-time-really-you-guys, and never got around to my goal setting, or at least not carving them in electrons here in cyberspace.

My gears grind slowly but they never stop grinding. In the previous Week of Reflection, the one that happened at the end of 2011, I decided on a number of actions to take to move my business forward. But the reality of 2012 was that I was running so hard just to stay in place that many of these did not get very far. For example, I was selling everything (except seconds) almost immediately after unloading, because I needed to pay the propane bill and buy more clay. As a result I could never save out any pots to take to Jay for photos - the professional photos I will need to apply for art fairs. So that didn't happen.For the same reason, I did not pursue Wholesalecrafts.com: I just didn't need another outlet. I did spend several weeks working out vessel sinks, but each failure - even if it was only a slight failure - a crawled rim, say - was crazy-expensive, just due to how much space they took up in the kiln.

I did develop some buttons, and only just began selling them last fall. I also rebuilt my website as planned, and I update it semi-regularly; but, as with the art fair photos, I seldom had pots left over after filling my bricks-and-mortar outlets. I used a free webbuilding software called KompoZer, and it's as easy and WYSIWYG as webbuilding can be.


Two goals from the 2012 list are being carried over, and I've already gotten a good start on each of them:
Both of these deserve posts of their own; watch for them in the coming weeks.

And, of course, there's the ever-popular Make The Best Pots I Can.
Posted by Lori Watts at 2:44 PM

OK, Lori, you got me started on KomPozer (however it's spelled). I've been wanting a web site, and tomorrow I'll start designing one! What fun. Of course I'm just a novice, and figure that it's like learning how to make pots...my first page will probably be a pinch pot, and I just hope it works. Thanks for good source info!

Lori.... I will have to try Kompozer. Your blog is the greatest source of info! And congrats on being the #1 blog on Pottery Making blog site. Well deserved. Hope someday to be able to take a workshop with you..Here's to an awesome new year!!

Cone 6 soda, eh? I'm very curious. Almost everyone in the studio I work with does Cone 6 electric, which doesn't tickle my fancy at all. Add a little atmosphere, and you have my attention!