J.K. Rowling has said that when she wrote the dementors in the Harry Potter series, she meant for them to describe what depression feels like: the despair, the hopelessness, the replaying of bad memories. That all sounds about right, but when I visualize depression, I think of another dark inhabitant of Rowling's fictional world: Grindylows.
For those unfamiliar, Grindyows are water demons that grab the ankles of unsuspecting swimmers and drag them to the bottom. This, to me, is depression: you know you are going down, and you fight, and maybe you break free; but the longer you have to fight, the less able you are.
If you haven't guessed, I've been kicking at my own personal grindylow for some months now. It was a loooooong winter, and a cold one - those things matter - and once the spiral starts, any disappointment seems to contribute. It can be difficult to tease out what is a symptom and what a cause. It got bad, this time: I was able to rally for my classes, and to organize the pottery tour, but outside of those obligations,  I pretty much just went to bed. And then, in that cause-symptom spiral, felt even worse, because I must be a lazy piece of shit, right?

Most of the time I felt no desire to make things. I feared, as those of us in the creative professions sometimes do, that I had lost it: lost the mojo that made me who I am, because that drive was as gone. Terrifying and depressing, awesome.Not to mention the economic consequences: one more anxiety, one piece of evidence that I am not a competent adult, blah-blah-blah, did I mention Grindylows are chatty? They have opinions about me: hateful opinions, all of them.

I've been managing this illness (more or less) with exercise and relaxation techniques for 15 years, but I finally - finally - decided after being unable to kick free for months that it was time to go back on meds. I've contacted my doctor's office but haven't been able to even set an appointment yet (long boring story)...so I wait. I've been waiting over a month, just to set an appointment. (No wonder people go to the emergency room for stupid things! They probably just give up waiting for their own doctors.) 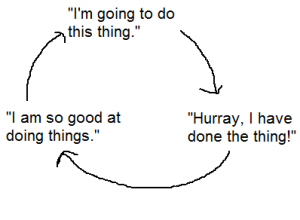 (There's a great post at Captain Awkward about breaking the low mood cycle, where I got that "chart.")

My remission is still fragile but it does seem to have some momentum: I spent a few hours at the wheel yesterday, in the summer studio, and a few more decorating.

tl;dr: I've been feeling low for a while but starting to feel better, and look! I made some pots yesterday! 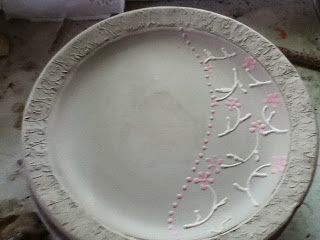 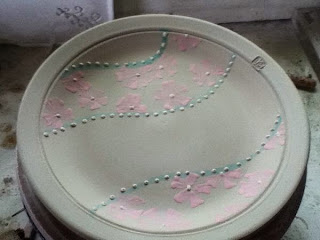 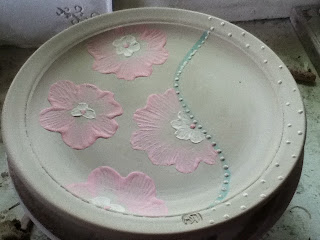 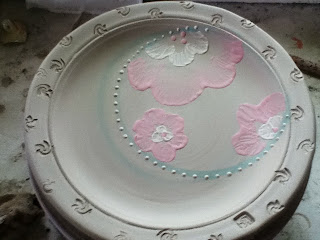 Finally, I listed new pots on my website! I have been needing to repopulate that pages since December. I thouhgt I was going to be very very clever and offer a promo code to FB fans and blog friends. but that...was an unmitigated disaster.

Okay, maybe not unmitigated...but who ever heard of a mitigated disaster?

The html I found for making your own paypal promo codes, just made up its own shipping rates. And then charged handling, also seemingly randomly. I'm sure there's a way to alter it to make it work right but if I knew how to do that I wouldn't have to borrow someone else's code in the first place!

Anyway! The promo code thing is out (and why don't you get on that, Paypal?) but I can still have a $1 shipping sale! All stoneware items ship for $1 anywhere in the continental US. Here are the new items: 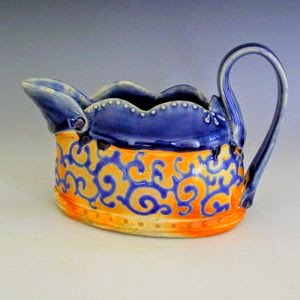 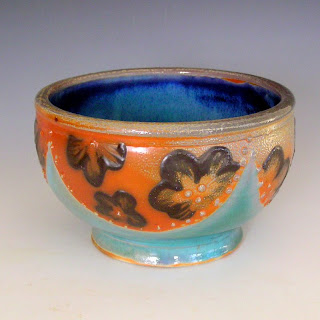 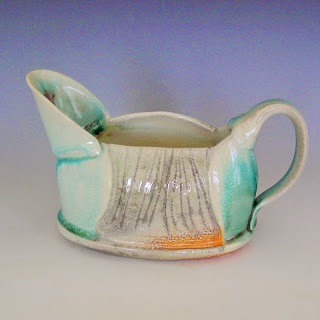 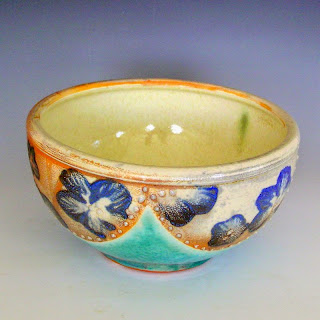 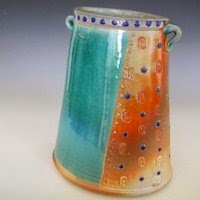 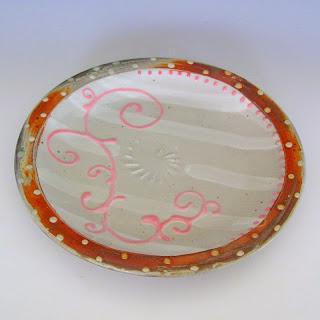 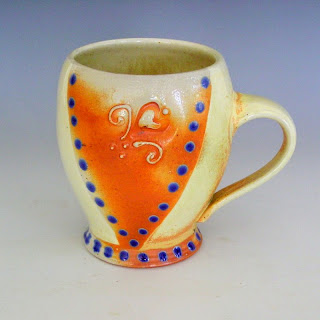 See them all here.

Last night was the first of many, I hope, warm evenings on the deck, drinking seltzer and being lazy.

For me, sitting on the deck with my seltzer water, it was Zazzle. I made a Zazzle store a few years ago, because I like to snap some photos once in a while, and once in a while I get a pretty good one, and Zazzle is something I could do with those that doesn't involve a whole new artistic business. I've never gotten a check from Zazzle, but I do occasionally get an email that I sold something. The way it works it, you have to reach a threshold of $25 $50 before they send you a check, and since I was mostly selling greeting cards, the royalty on which is something like 11¢, well, I ain't there yet. (Zazzle increased the threshold! Must have been too many people getting checks.)
But as I said, my "products" were almost all cards, or mousepads. Sad to say, the mousepad is nearly dead; and cards have that tiny royalty. You know what is not dead? Phone cases! A friend visiting during the pottery tour mentioned that he had phone cases listed on Zazzle.

So that was what I spent my lazy evening doing: choosing images and listing custom phone cases. Check them out:

BTW: do people really spend $56 on a phone case? If so I feel much better about charging $80 for a lidded casserole.


So, I was shopping online the other day, and looking to buy a t-shirt from The Gap. I found the shirt I was looking for, and I was sorely tempted to buy two, because I have one already and I know they are very soft, fit perfectly, blah-blah-blah. Didn't want to spend quite that much though, so I settled on a color, and went to on the complete the transaction. When I was partway through, it asked me for a promo code.

Huh. I know, generally, what a promo code is, but I had never used one. Just out of curiosity, I googled "GAP discount promo code" and discovered a code for that day, that I could type in and save 40%. Just because. No special reason.

And I started thinking, what if I wanted to offer facebook fans a promo code? Or people who sign up for my as-yet-imaginary newsletter? Surely Paypal offers a way to do this.

Sadly, no, actually they don't. However! I discovered that you can add html code to your paypal button, to allow for the entry of promo discount codes. At webdesigneretc.co, John Futia has a code generator you can utilize.
This is good timing, because I have lots of nice pots left over from the pottery tour, and my website badly needs new items. I plan to spend some time this week updating, and maybe try out this discount-code code. Here's a test button I made; you can check out how it works with completing the transaction.

The coupon code is COUPON