Wait 'til Next Year! 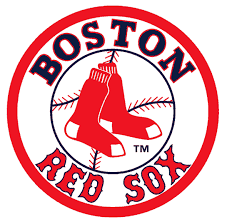 Oh, look, next year is here!

For those who don't follow baseball, the Sox had an epically awful season last summer, losing 93 games, with laughble scores like 14-2. But there's always next summer.

"I had a building year" sounds so much better than "I lost money," doesn't it? But that's what happened, barring a Christmas-sales miracle. I couldn't help but notice it, while sorting my tax stuff, and was - understandably, I think - a little freaked out.

It helps to remember that many business lose money in their early years. Apple needed to be rescued by its arch enemy, Bill Gates, in 1997. Some of the loss was a paper one, due to, say, writing off my travel mileage: not an imaginary expense - cars really do need maintenance and eventual replacement - but not one I have to cough up in the immediate term.  This may seem like TMI to some people, but I want this blog to be more than just, "Look what I made! Isn't it pretty?" I want it to reflect the realities of a potter's life, or at least of this potter's life.

I promise you this is not a pity party. (When I have a pity party, you'll know it.) This is confirmation of the decision I made a few weeks ago, to raise prices.

I operating on a false assumption: that if I only worked harder, things would fall into place. In a recent comment on this blog, my friend and fellow potter Cindy Chiuchiolo put it like this:


You're a wonderful potter, and you're forced to automatically be so many other things by making a living at this. It's not fair for anyone (including yourself) to expect you to be talented at these things too. Instead, you'll need to fail and fix, ask for help, and otherwise figure out some of those other things to make this financially successful.

We unfortunately have been done a great disservice by our culture, including our ceramic culture. We feel like we need to price like we're competing with the items made in big box stores, which is silly. We don't make the same thing. I know they're both mugs, but we (and yes, even consumers) know they're not the same. Potters should rebel hard against this, but instead a lot of well known American potters embrace it by pricing their stuff as cheap as possible (and then it resells for double on Ebay). They think they're martyrs who are responsible for getting people to use and appreciate hand made things. Maybe this makes people use handmade items, but how much do they really appreciate and respect the craft when you're pricing it less than it's worth- even to people who can pay more?

Sorry, I didn't mean to get on a soapbox there, but I'm just trying to convey that this is not just your problem. It's a bigger problem, and it's nothing you did that caused it.

I know I am sort of going long on this topic - that in itself speaks to how difficult the decision is for me. But, yes: fail and fix, even ask for help sometimes.

After my initial horror, I strangely giddy about my bad news, because I'm still here, still potting. When I made my plan for 2013, I am actually writing in a break-even for pottery sales: I expect to have some new expenses, and I can make up the difference teaching classes and doing workshops, and take the pressure off the making end of things, because the things I make are so much better that way; and they need to be the best I can do, to take them before the stores that I'll need to approach.

So, hooray for 2013! New approach, new confidence, and new work on the greenware shelves.
Thanks so much to my loyal readers who have ridden out my storms with me.
Posted by Lori Watts at 6:56 AM

Hey! It's me saying things! :D