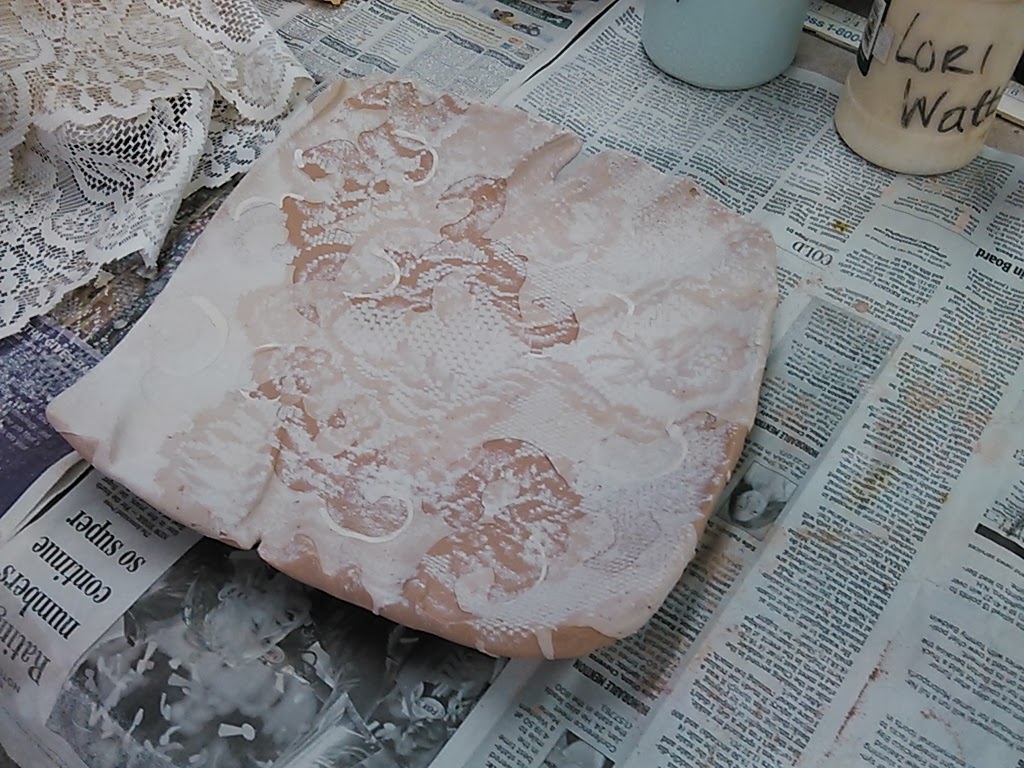 Even as I type, I am firing the first bisque of the spring. Despite a long candle, I heard an ominous pop when I turned the flame up this morning...let's hope that's not an omen for the whole firing season! I'm not too freaked out about it, though. If you work with clay, sometimes stuff breaks. If you get all upset about it you are in for a lifetime of heartburn.

Just because I haven't been firing my kiln, does not mean I haven't been firing any work. I do also teach classes at Portland Pottery, and so typically have a few pieces in each of their firings. They have two gas kilns, and fire about once a week. Because some of my classes are at night, I often have the honor of shepherding the kiln through the latter stages of the firing. Usually the pieces I fire there are class demos, and as such not necessarily my best efforts, but every so once in a while I put one in that I have high hopes for.

In the kiln we fired on Thursday was such a one. It was a square plate made in a sling mold, which itself was made out of the square pottery boxes in which my clay from Laguna comes. These boxes are 12 inches on a side, fitting an 11" slab, which shrinks nicely to a diner plate size. This slab was cut with a stretched spring, creating an undulating surface.

It sort of kicked around my studio for awhile, one of those too-good-to-throw-away, not-sure-what-to-do-with pots, until I decided to bring it back to class to demonstrate the use of latex resist. This piece has two dipped layers of glaze - iron-saturate and celadon - with curlique resist patterns between them. I thought it was done, but then, as sometimes happens, a spontaneous demonstration broke out when I found a spritz bottle and an old bit of lace in my bag o' tricks. I filled the sprayer with watered-down cobalt glaze, then laid the lace over the piece and sprayed through it.

There's a bit lore among potters that if a piece looks too good going into the kiln, you won't like it when it comes out. If so, this one is doomed. But it seems to me that it stands a better chance than if it looks like shit going in, 'cause it ain't gonna get better! Anyway, I'll find out on Monday, when this kiln is unloaded.
Posted by Lori Watts at 12:46 PM