Kiln Shelves on the Edge of Forever 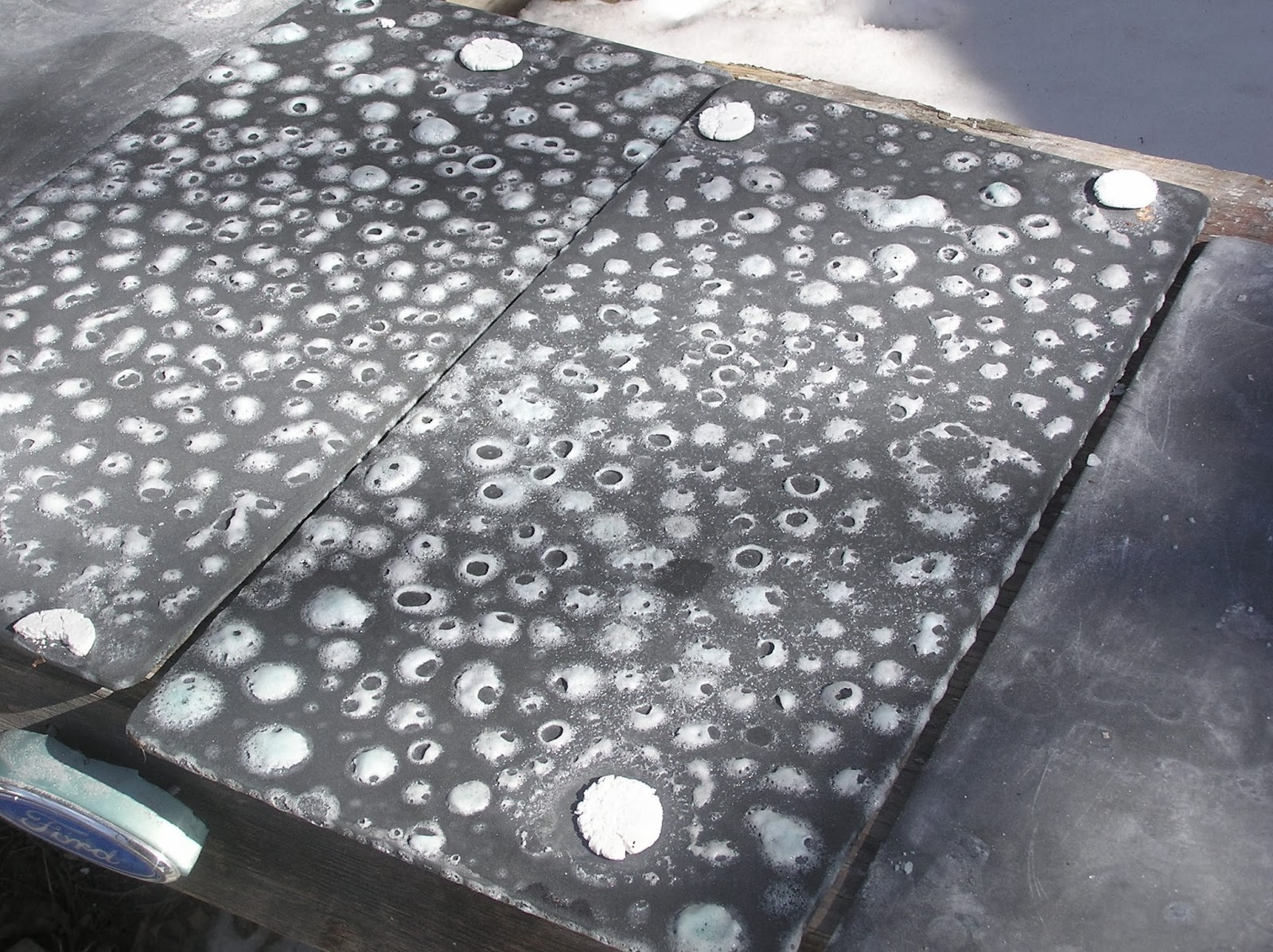 If I had a time machine - let's say it's a single-use, like those little plastic cameras they leave on the tables at wedding receptions - three possibilities would be in a tight competition for which single use I put my one chance at time travel:

I'd probably go with option 3. I've watched enough Star Trek to know that messing with the timeline is dangerous business, so the one with the least far-reaching effect seems wisest. Also, it's doubtful I could pull off a murder, if I could even bring myself to kill someone who hadn't done anything yet; and getting my 18-yr-old self to listen about anything sounds even more improbable than the time machine premise of this whole exercise.

While I am waiting for time travel to be invented, however, I might as well be grinding these shelves.

I'm back. That is my least favorite job! I'm never excited to mix glazes, either, but once I get started I can kind of get into it. Shelf grinding is just, well, a grind.

I'm considering an investment: either some kind of power tool to make this go more easily, or replace all of my shelves with Advancers. The top half of my stack are Advancers already, and they are far far easier to clean, and don't need kiln-washing. Not to mention they are easier on my back.
Posted by Lori Watts at 11:07 AM

Angle grinder and diamond cup. A bit of an investment but I can grind 40 shelves from the wood/salt in quick order, about an hour or so.

Also got my self a small angle grinder, safety Googles, gloves and dustmask, so now i can do my few shelfes in like 5 minutes. No sweat, just a lot of dust :-)

Advancers are worth every penny.

Since you brought up Star Trek.. I'm always telling my husband that I desperately need a replicator. The greatest machine never invented.

Like you, we have a mix of advancers with other shelves. We also have an angle grinder. We are two potteries combined into one which makes for lots of shelves... but it also means we get lazy with shelf grinding.... oh set aside, we have extra shelves, we'll grind it later. Which leads to a whole lot of grinding and kiln washing to do one day.

You all have convinced me! I have to wait until after the Pottery Tour ($$), but I'm looking on Amazon for an angle grinder. And a replicator!