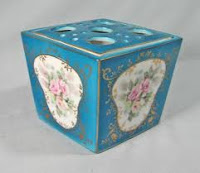 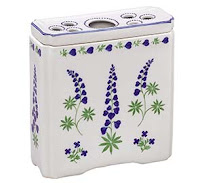 I've been interested lately in a shape I've seen while searching for the Thursday Inspiration artists: Both Kristen Kieffer and Lana Wilson make flower bricks. I thought it was a relatively new idea, but as I should know, in clay there is nothing new under the sun; it is in fact a very old idea. Here are a few antique flower bricks I found on the web. 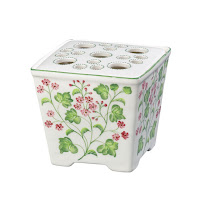 Being inspired is not a euphemism for copying, however. I am shooting for my own take on flower bricks. These are use three pounds of clay, which is a bit heavy, but for this function I think a little ballast is a benefit.
I throw an closed form, sort of bullet-shaped, then immediately drop and roll it on each side to flatten. After they are leatehr hard, I will cut openings to hold the stems; one of my students described it as "an integrated frog." 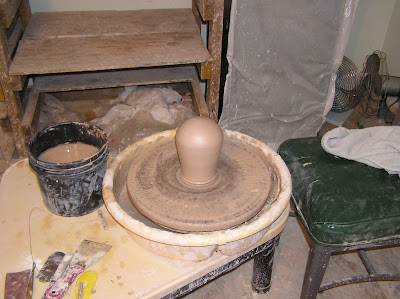 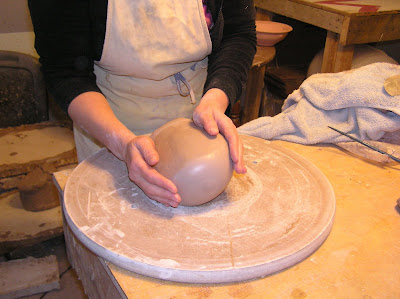 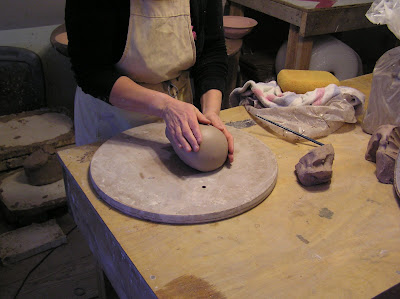 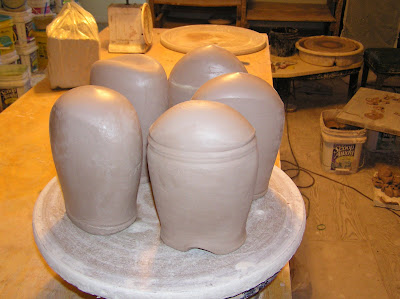 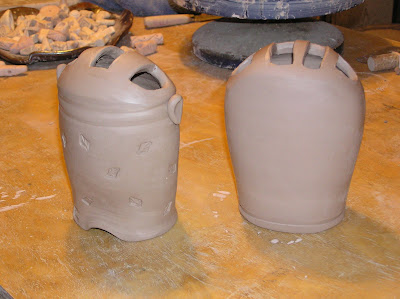 I like your rounded forms! Especially with the leaf stampings. Clay is unlimited in possibilities... love it :)

Very creative Lori! I love them! I have made a similar thing but in two pieces. I throw a bowl or tall vase and then roll out a piece of clay a bit larger than the top of the vase or bowl, and form it on my husband's motorcycle helmet so it will be slightly dished and sit on top of the vase securely. When leather hard I cut holes in it that the flowers will go down through. I like the two pieces because so often flower vases get so slimy that they need a good scrubbing.

Thanks for sharing these great forms. I love making enclosed shapes and will have a go at this.