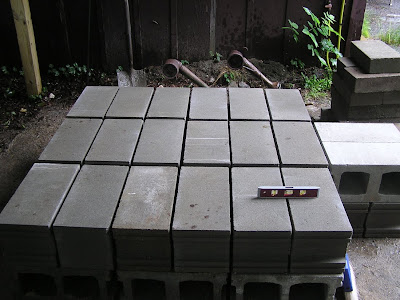 I'm very level-headed. At least, I am now! Last night I dreamed of that mysterious, Kryptonite-green liquid, and of capricious, hard-to-please sliding bubbles.

I don't know if I am being more persnickity than is strictly necessary, but I do know that there is no fix for not-persnickity-enough. Though "half-assed" could be my middle name, in this case, I am making sure it's done right.

A couple of things: