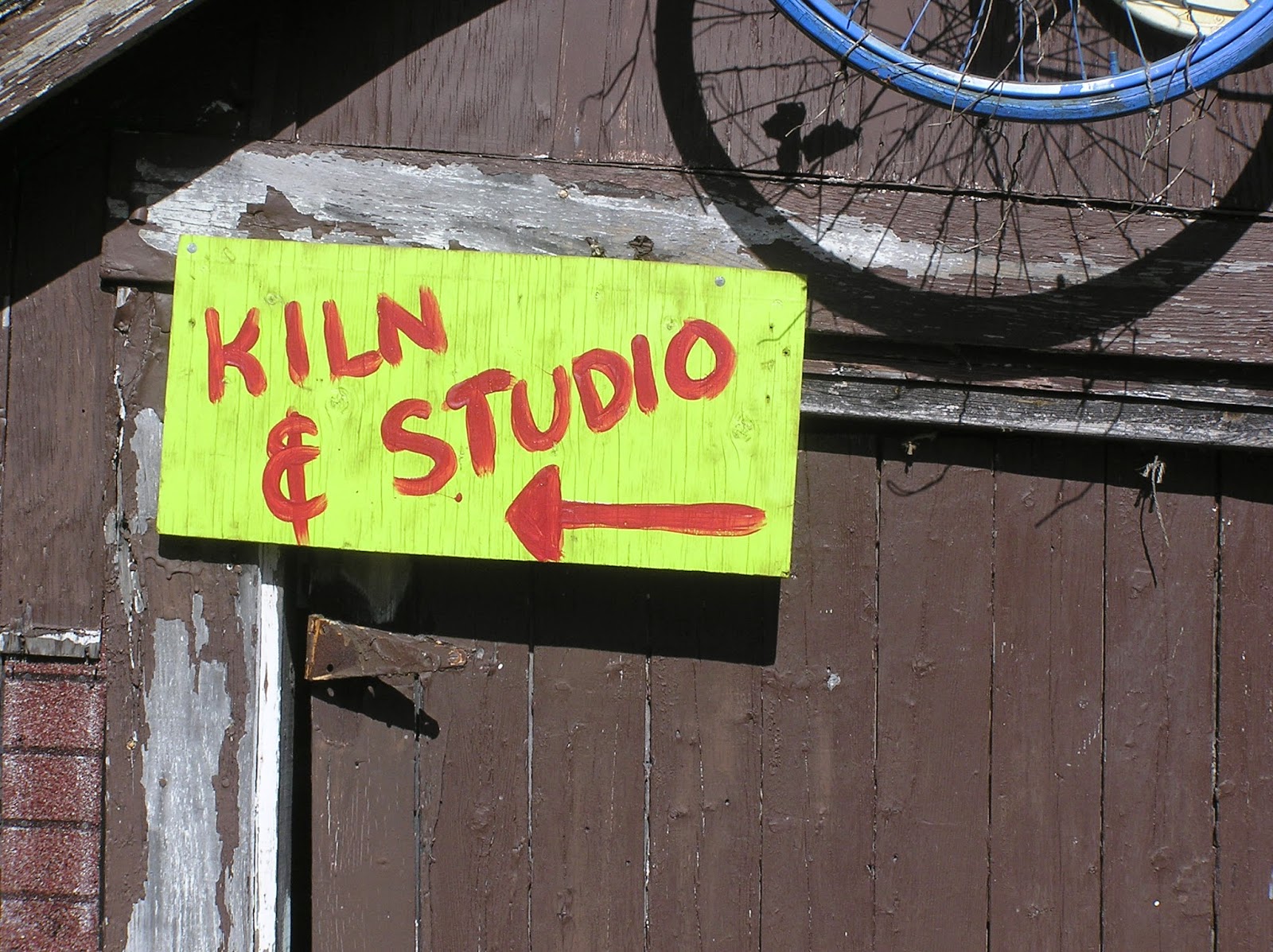 So, Day One didn't suck, or not too badly, anyway; which is to say, at least I'm in the black on this event. We got about seven visitors, all of whom were either students of mine, previous customers, or drive-bys. Knowing that I won't actually lose money puts me in a much better mood to appreciate that events such as this often need some time to grow, and I can hope for improvement every year. Also, I've still got all of today! At art fairs Sundays are usually the least-good day, but not always, and today is much warmer and sunnier than yesterday - a great day to get out for a drive, maybe visit some studios. 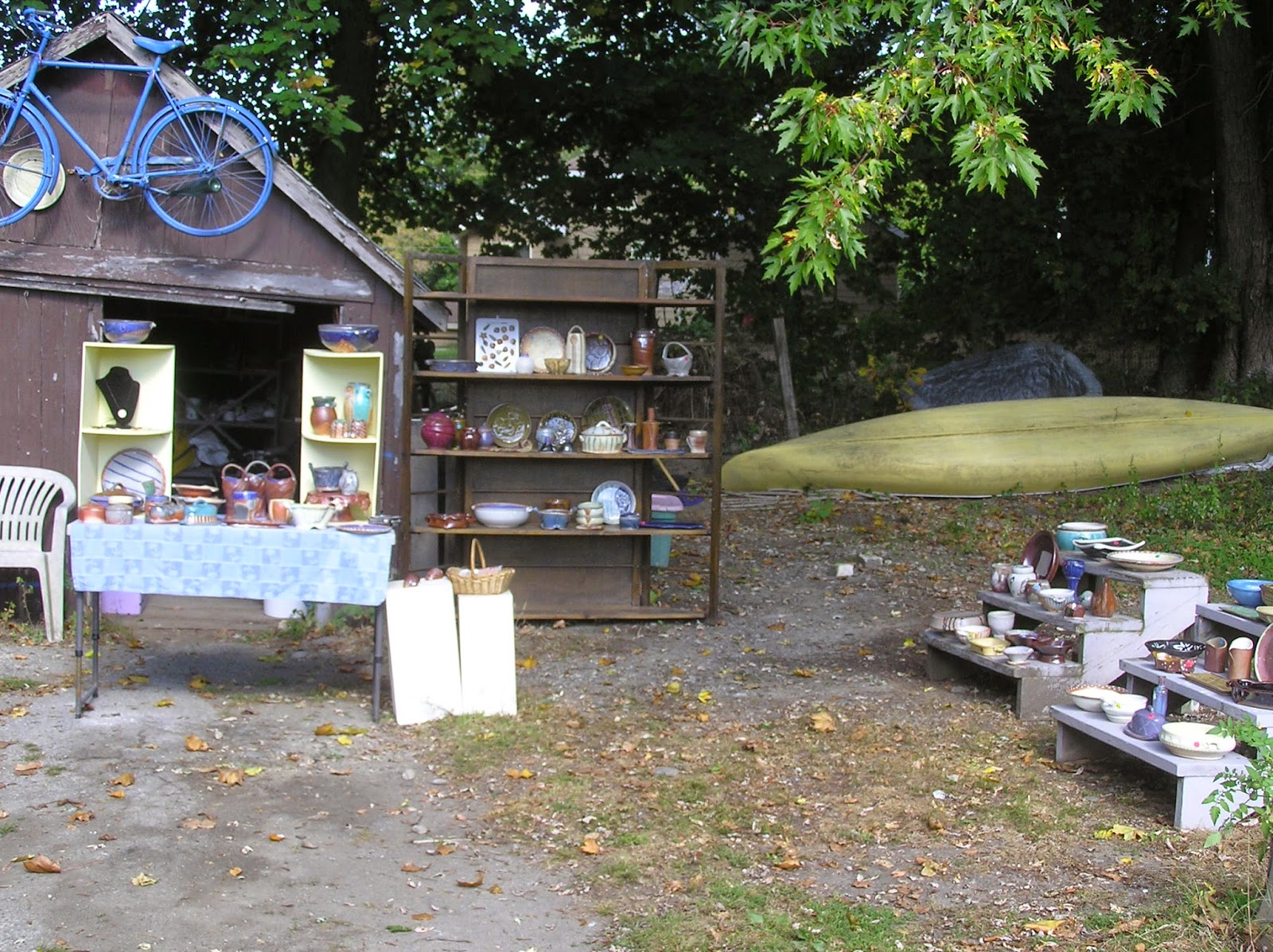 The craft beer - Gritty McDuff's - was a huge hit. With Doug. I favor the hot spiced cider, though I learned it's best to enjoy it also in moderation. Otherwise, surprise juice cleanse! Not to be all TMI. 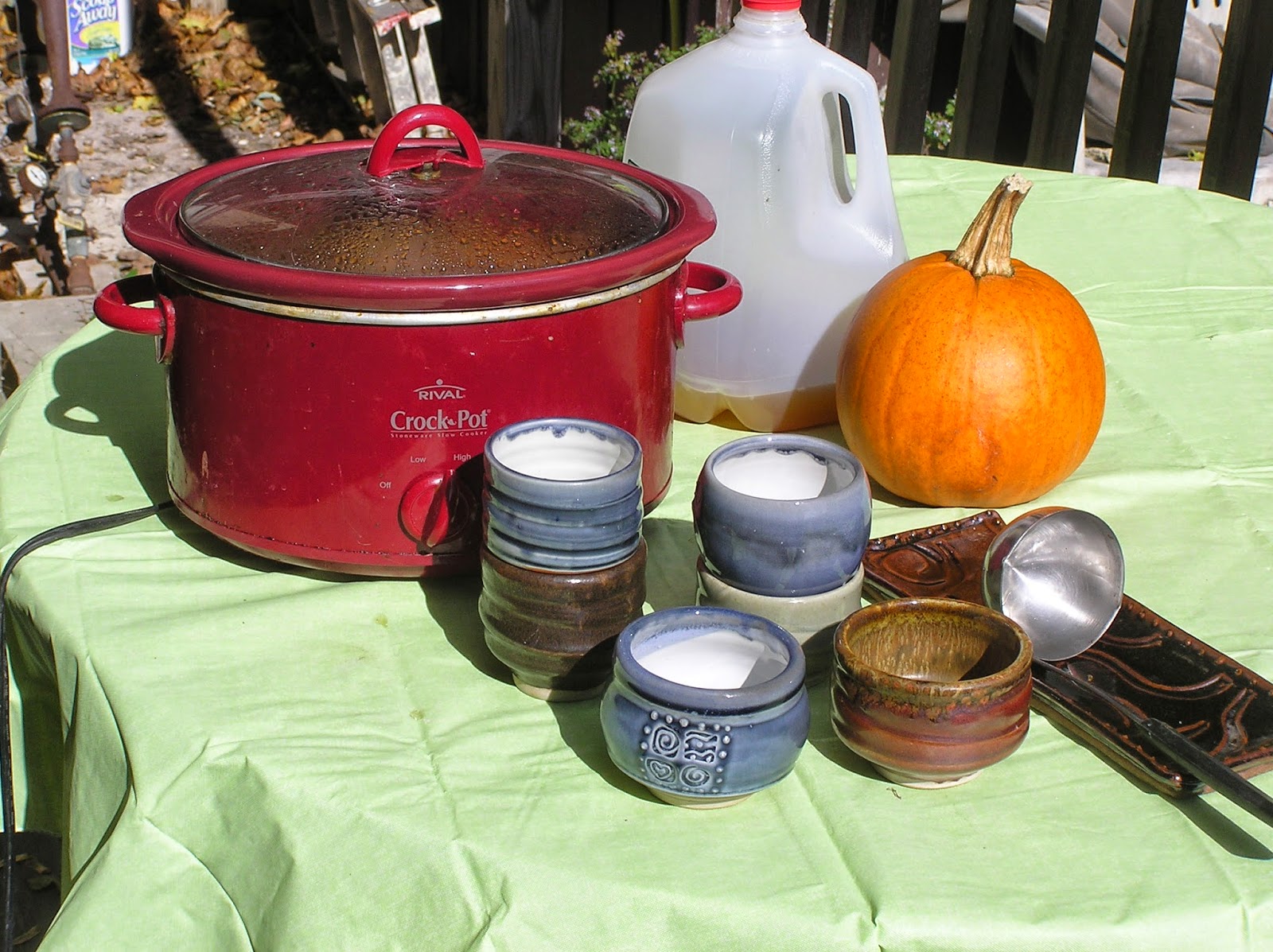 It's odd to do a post-mortem before the event is over, and I don't wish to disparage anyone's efforts; I know a lot of hard work at the Maine Crafts Association went into the creation and planning of this event. They are taking a different approach than I have in organizing the Pottery Tour, which happens in the spring, and it's valuable for me to look at what they've done and see how it compares to my approach. So, a few thoughts: