A Pot for Every Chicken 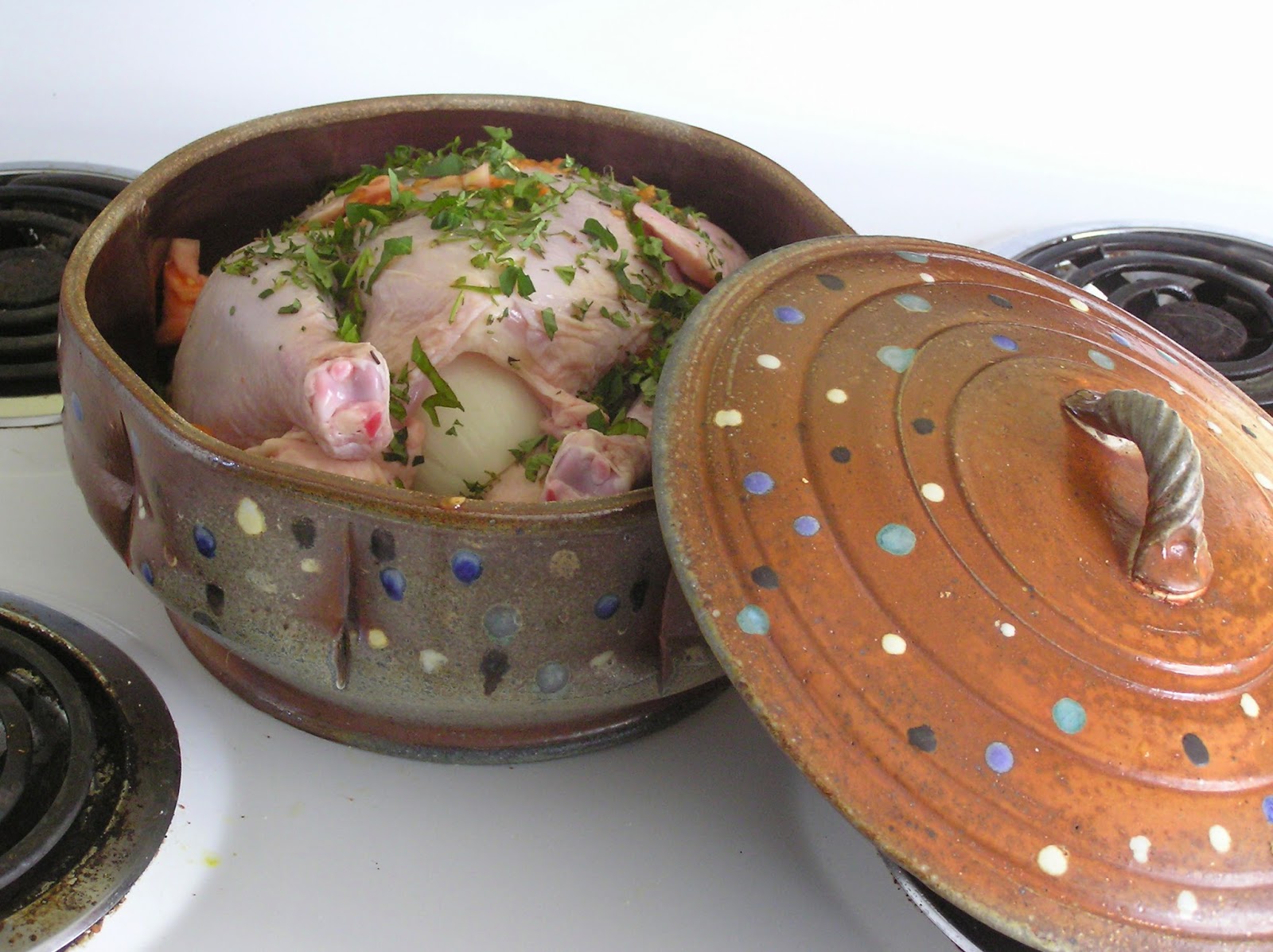 I think of pottery as artwork that is not finished until it is in use, so once in a while I like to post image of my work, truly finished! This is an oversized casserole - four quarts? I forget. Big enough, anyway, to cook a whole chicken, with carrots and basil, and stuffed with an onion.

I put the chicken in the oven in the morning, so I wouldn't have to fuss with preparing lunch or dinner. I spent the day instead preparing for Maine Craft Weekend, which starts tomorrow. I'm all set up, got Paypal at the ready, threw a bunch of earthenware plates for visitors to paint, and got mini-kegs of Gritty McDuff's IPA and Best Brown Ale. Still, I admit I am not optimistic about this event. Every time I mention it to anyone (who is not another potter!) they've never heard of it. I haven't seen posters around or read any press about it. Maybe I'm wrong; I've been accused before of living in a Lori-and-Doug-sized bubble, so I could be missing the buzz. We'll see.

And, really, it's all good. Worst thing that happens is I have to box all this stuff up again and haul it inside. With no more money than I had before. But with two mini-kegs of really good beer! No matter what the outcome, that won't go to waste.
Posted by Lori Watts at 4:52 PM

I think of pottery as art too. I really enjoy seeing it in use. Your casserole is super nice. How did the chicken turn out?

I hope your sale goes great. It sounds like a fun one. Maybe my sales would go better if included beer.