Everything Happens for a Reason But Sometimes it's a Stupid Reason

In ceramics, everything happens for a reason.

Like, the interior of this otherwise-very-nice sugar bowl is dry and rough, and the reason for this is, some dumbass (ahem) forgot to glaze the inside. 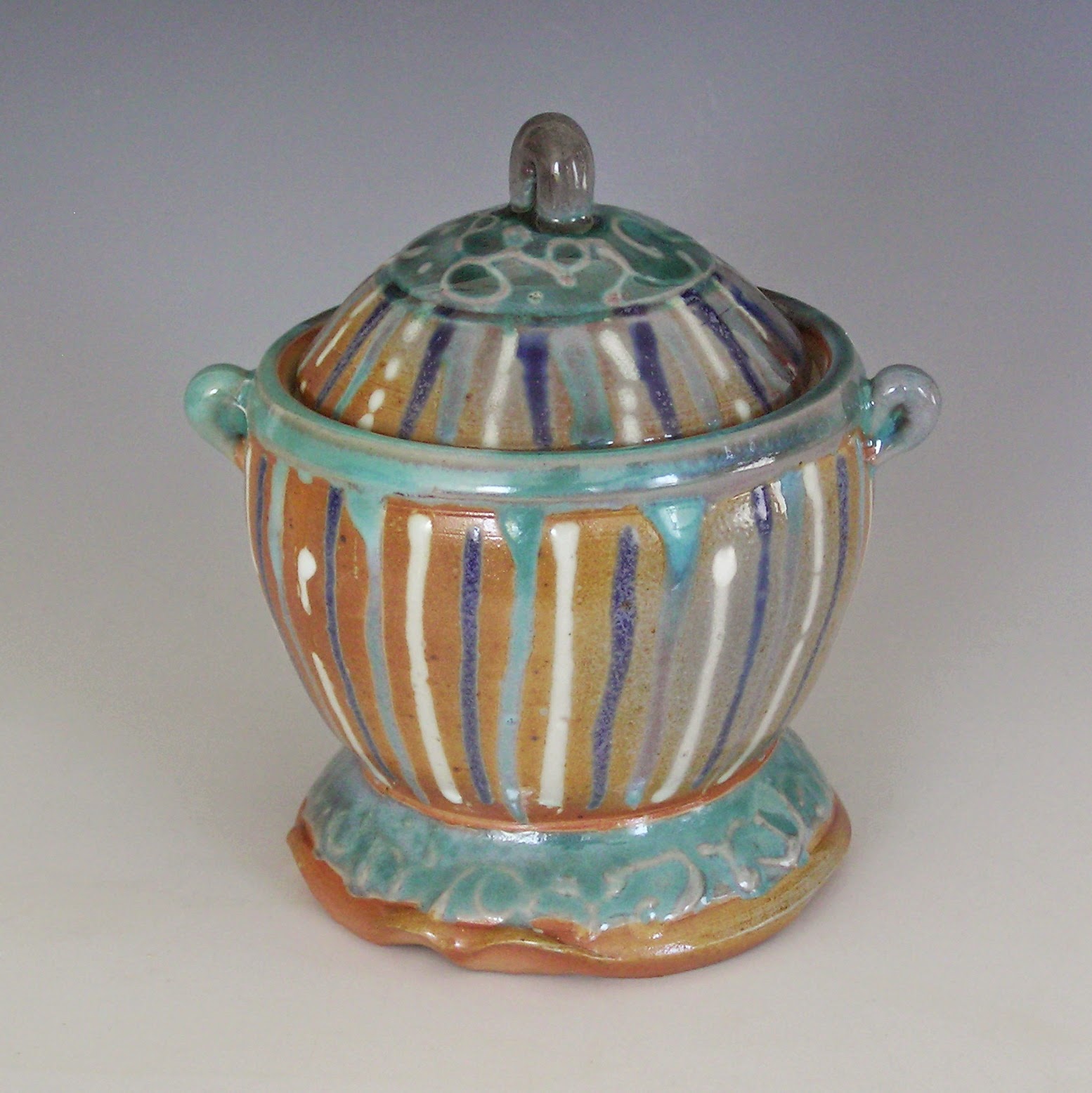 And sometimes, in clay, you never figure out the reason, and that's okay, because you can solve things without knowing it. For example: I have a yellow glaze, Old Yellow, that's always been a little funny about what bisqueware it likes. If the bisque was a little too cool, it wouldn't adhere well, so I would get crawling, and sometimes sheets of glaze falling off. Uncool! But a simple fix: bisque higher. I used to bisque to ^010; I upped it to ^08. Problem solved, for years. Now this firing, I am starting to see evidence of that old crawling problem again. 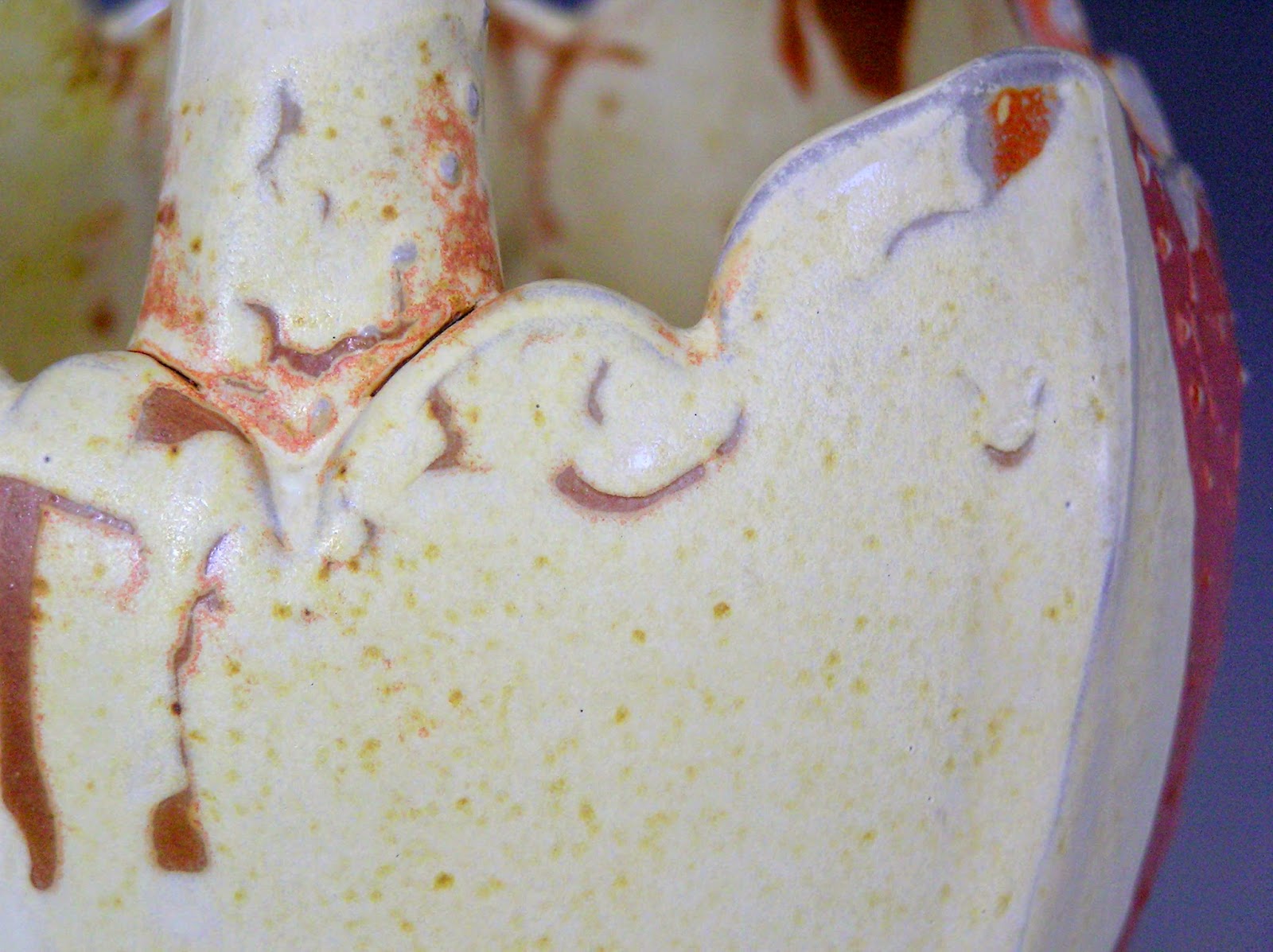 But why? Same glaze, same clay bodies, a good solid 08 bisque...all the variables the same ones that have been working for years. There has to be a reason; everything happens for a reason. I just don't know the reason.

I see two possible solutions here: water the glaze down a bit, or fire the bisque a little higher. I'll probably try option 1 first, cheapskate that I am.

Lucky for me the crawling was slight, not really enough to create flaws.

Otherwise a very good firing! These pots are bound for Monkitree, and also for my yard. Maine Pottery Tour is coming up. 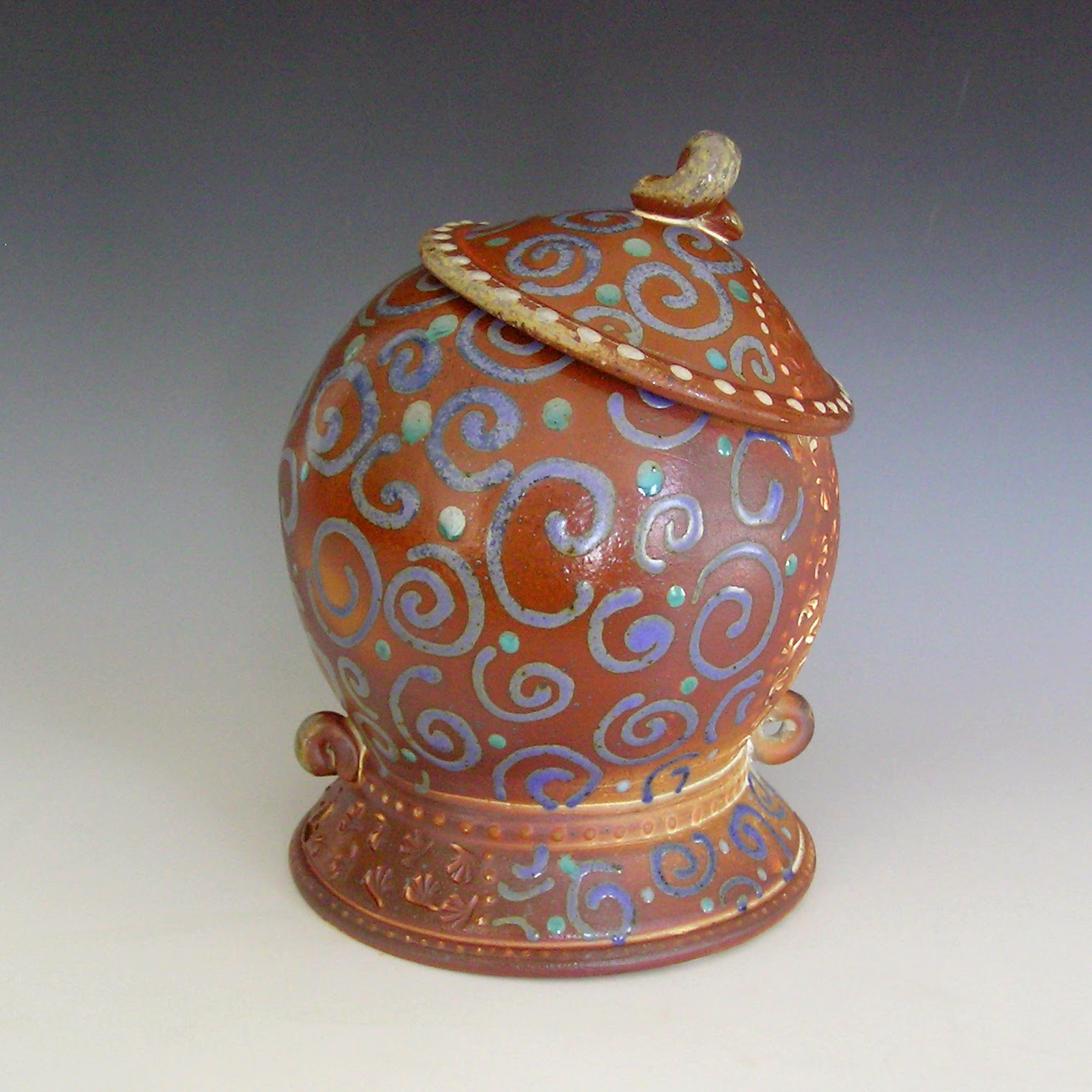 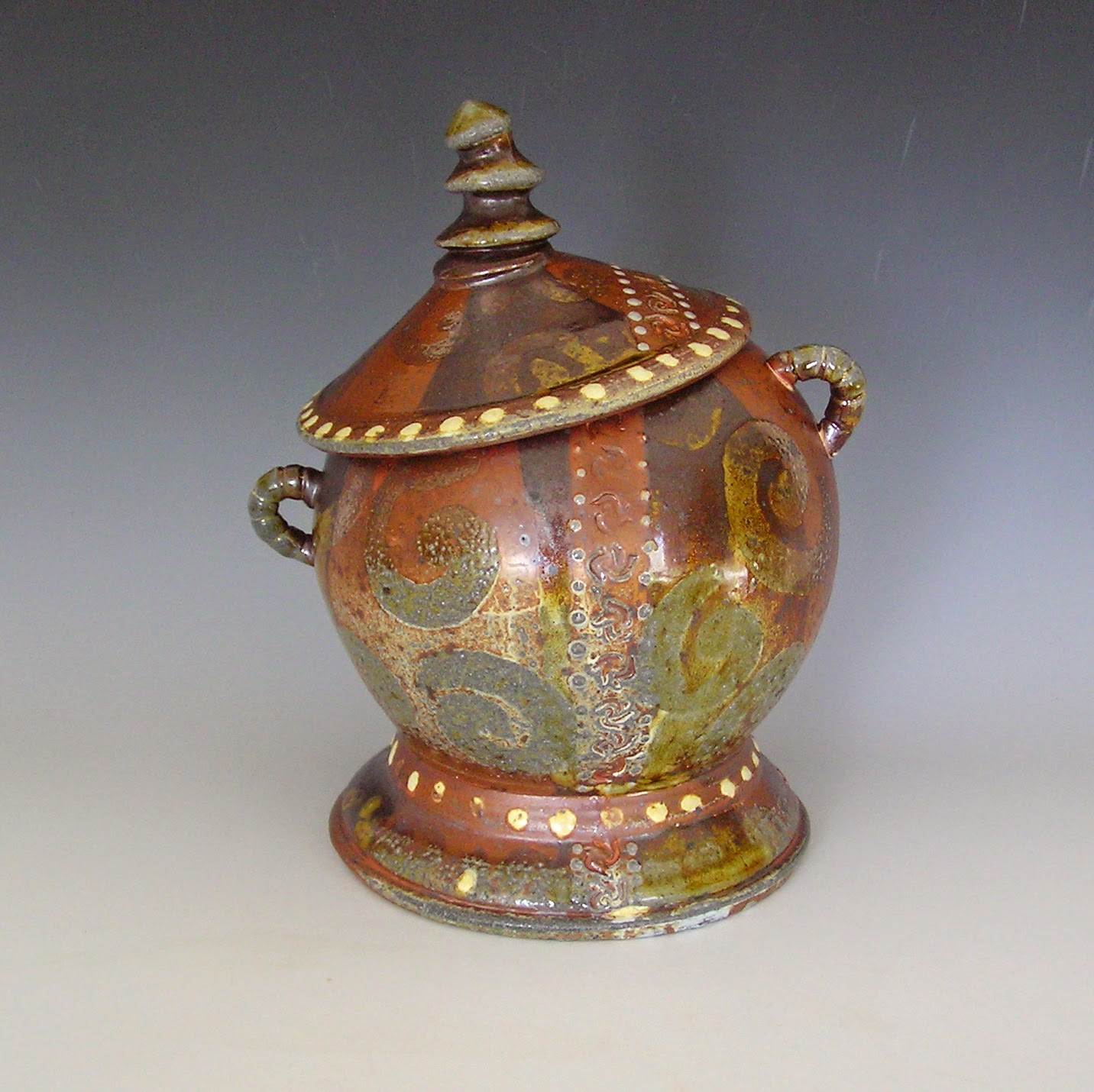 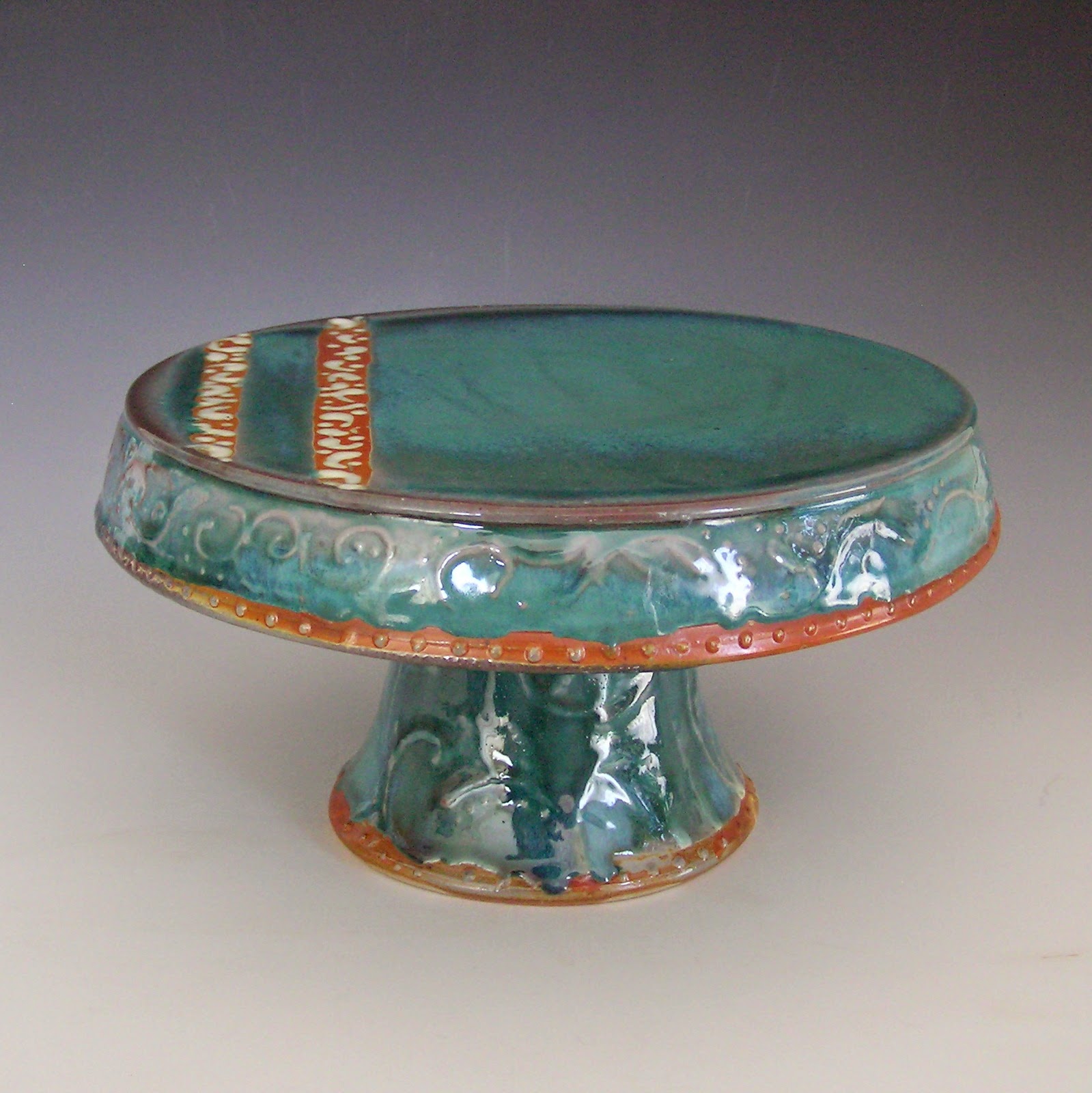 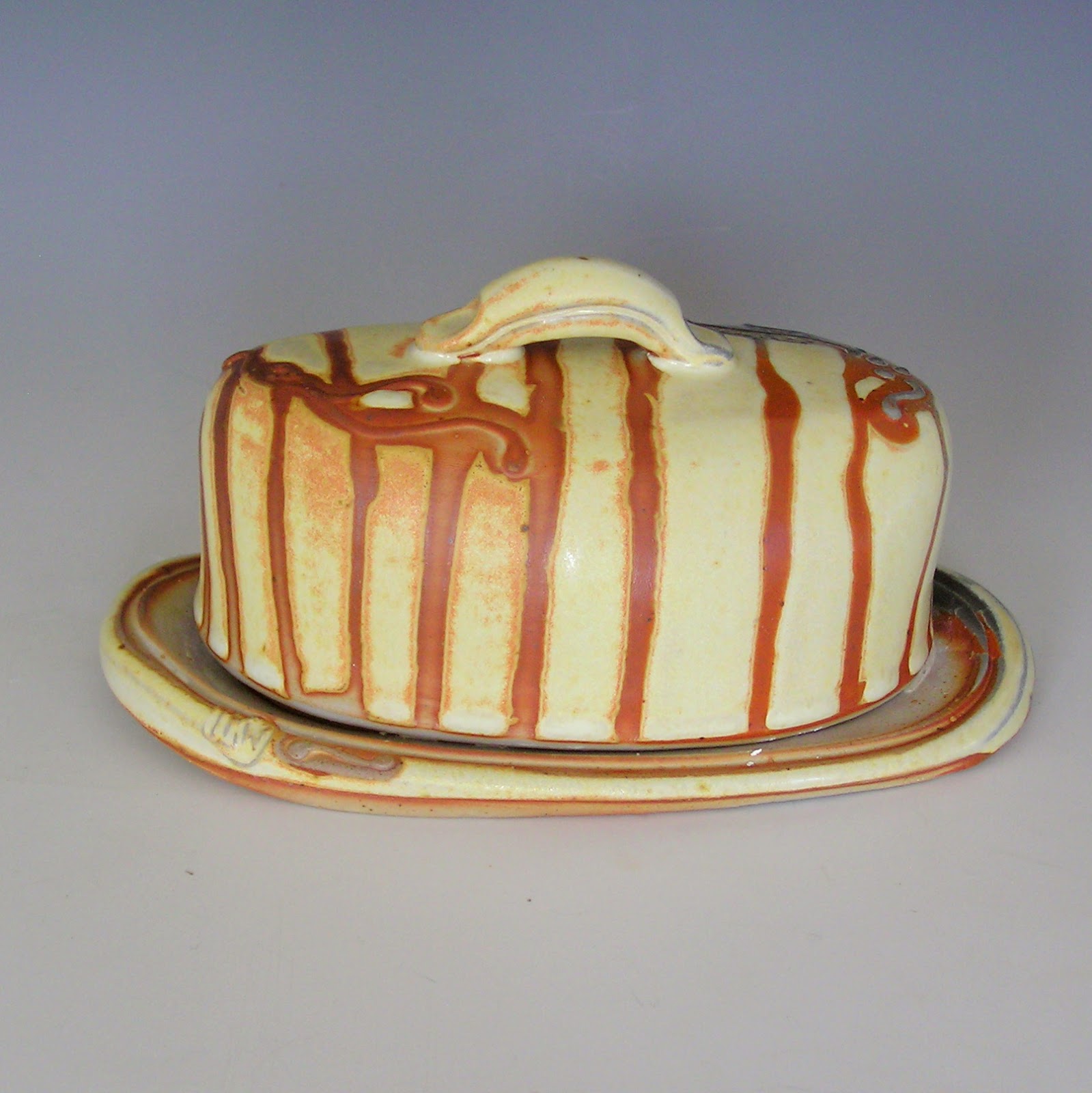 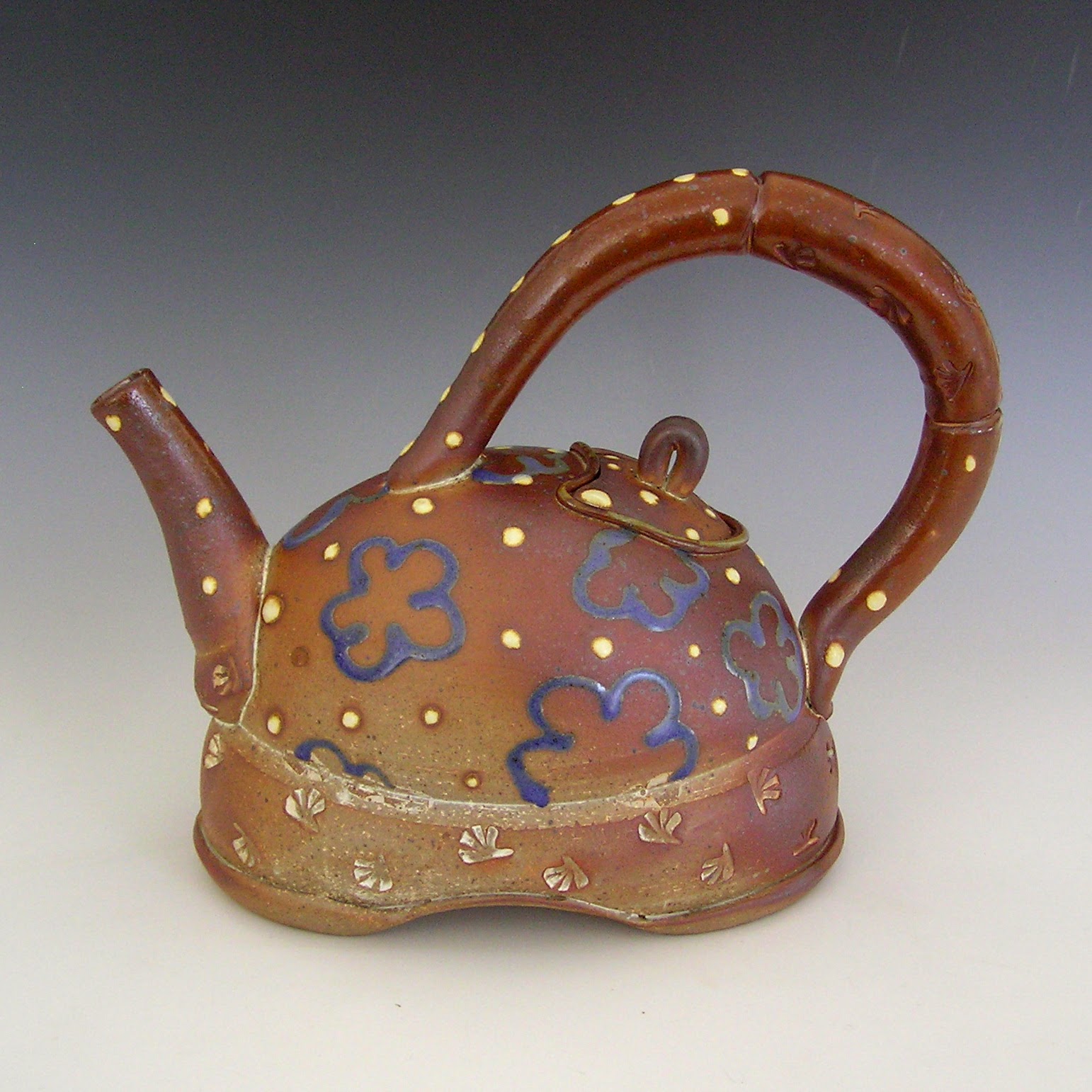 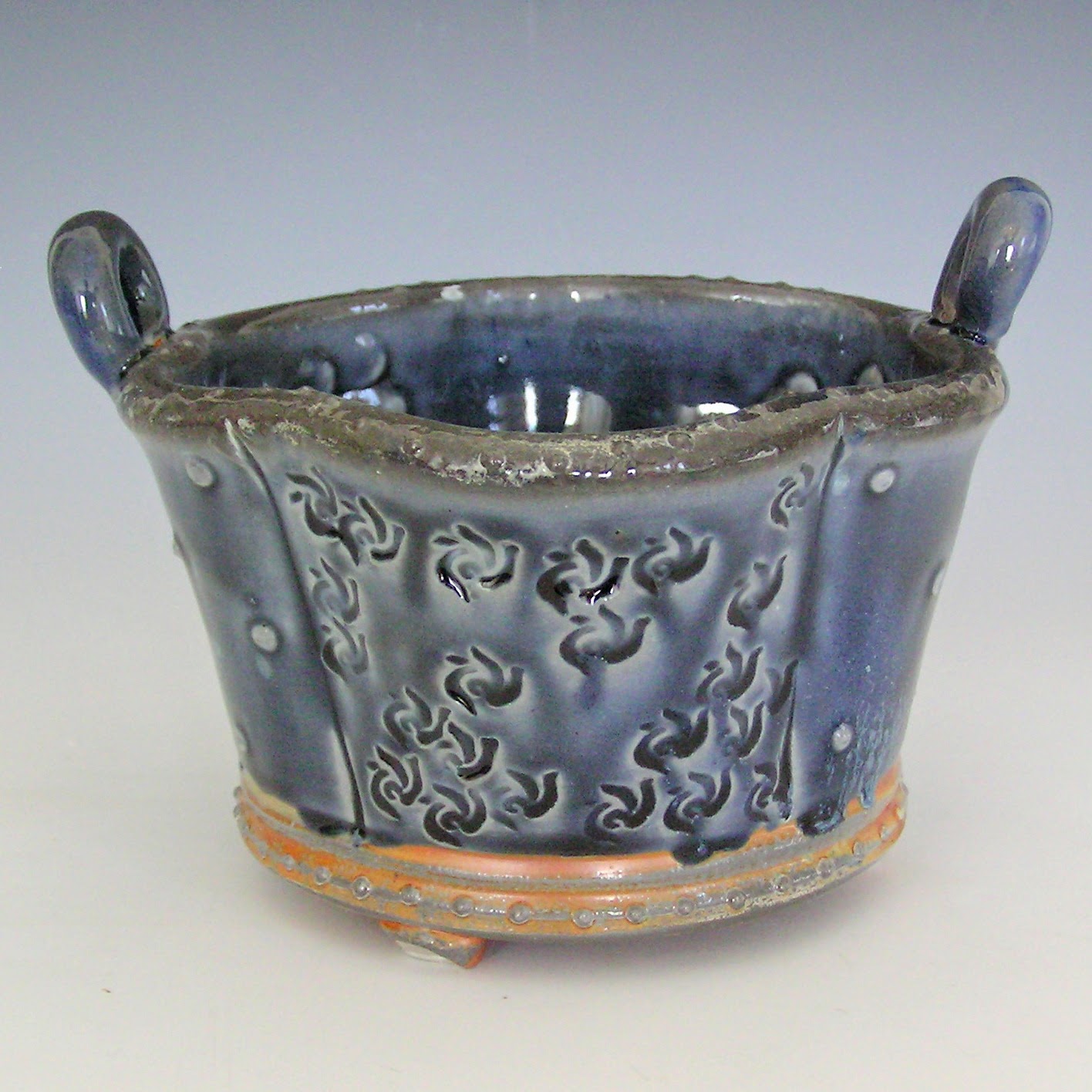 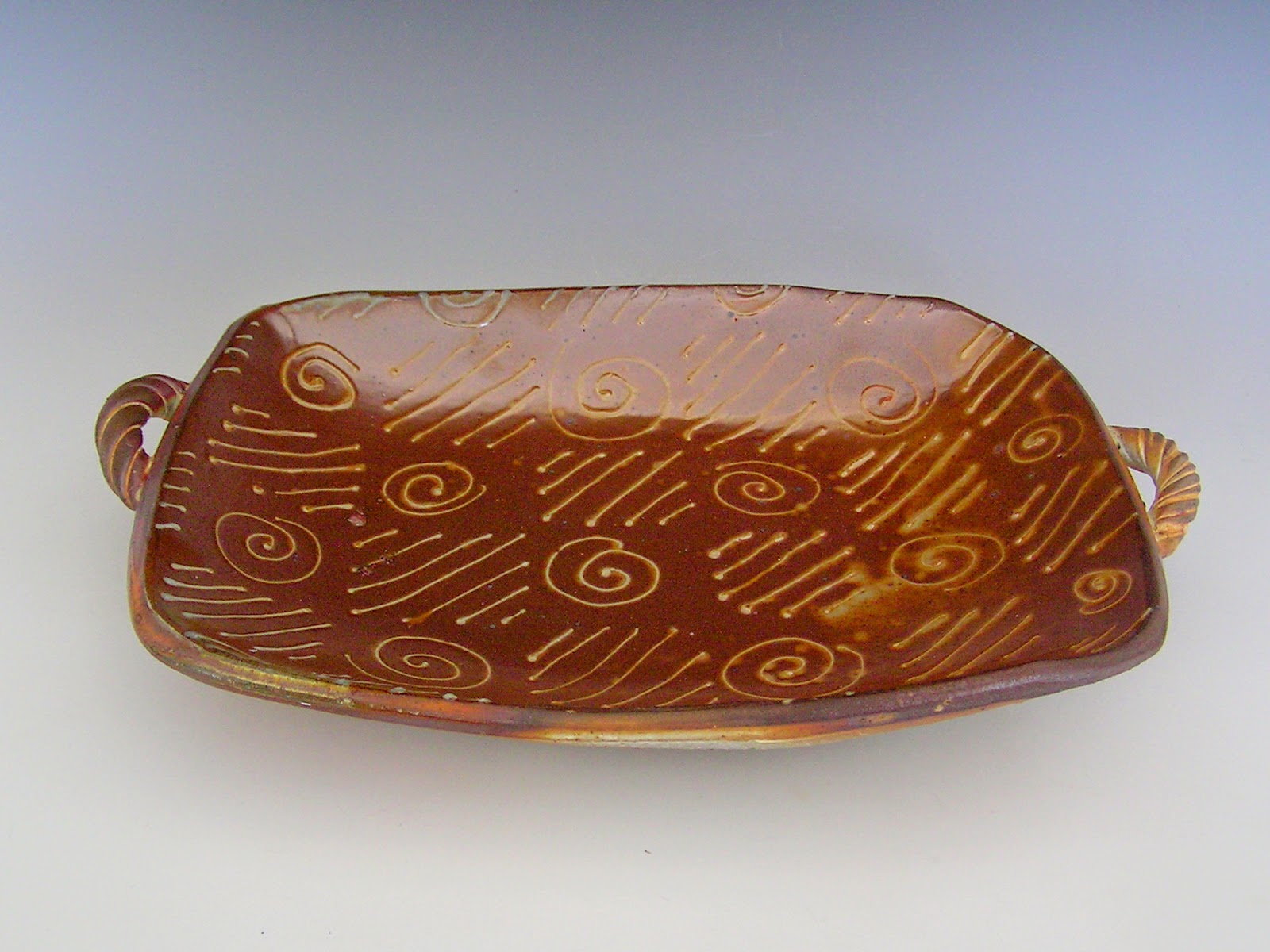 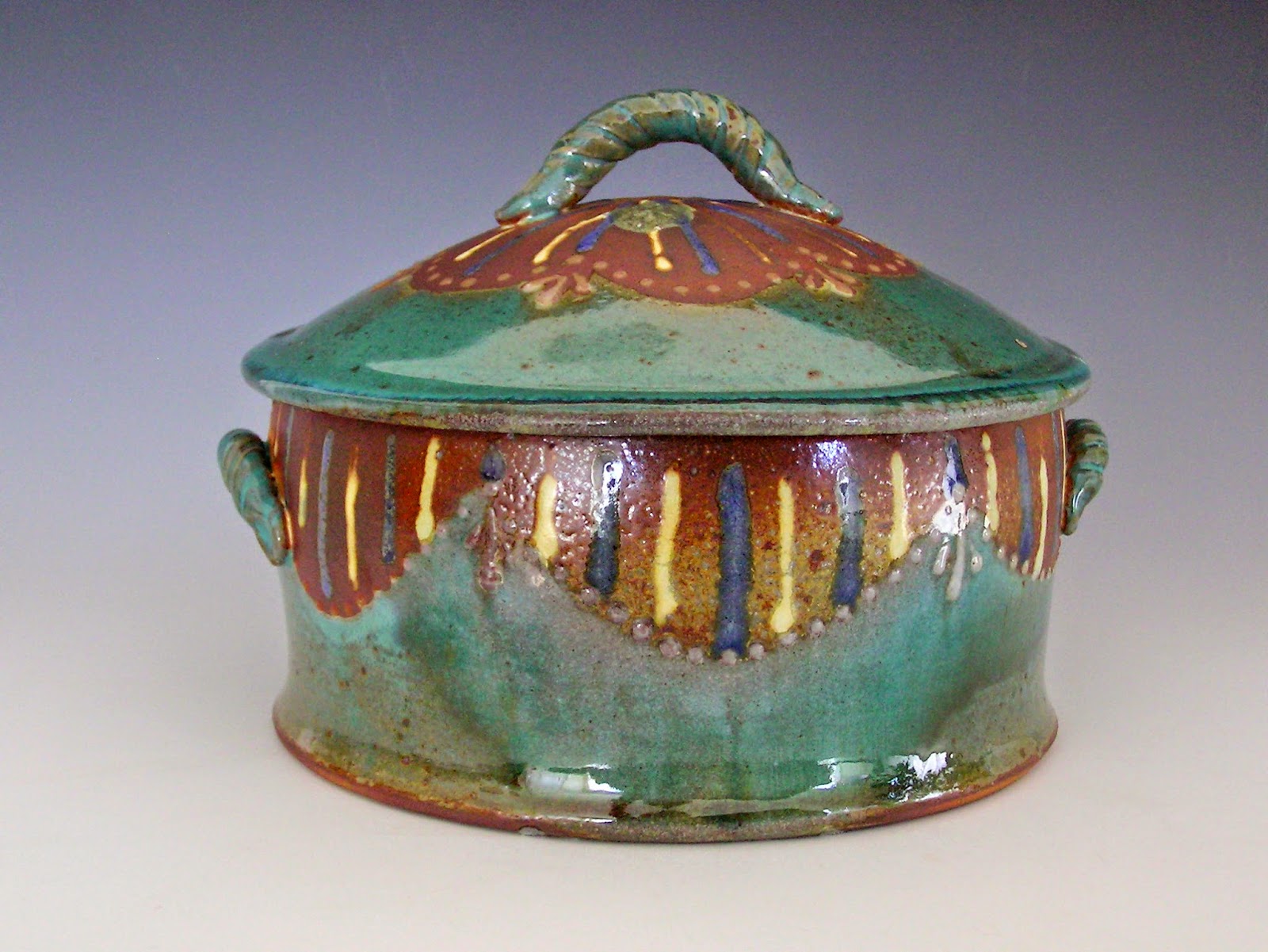 PS: Also in the category of "Everything happens for a stupid reason" I submit my latest soap batch! 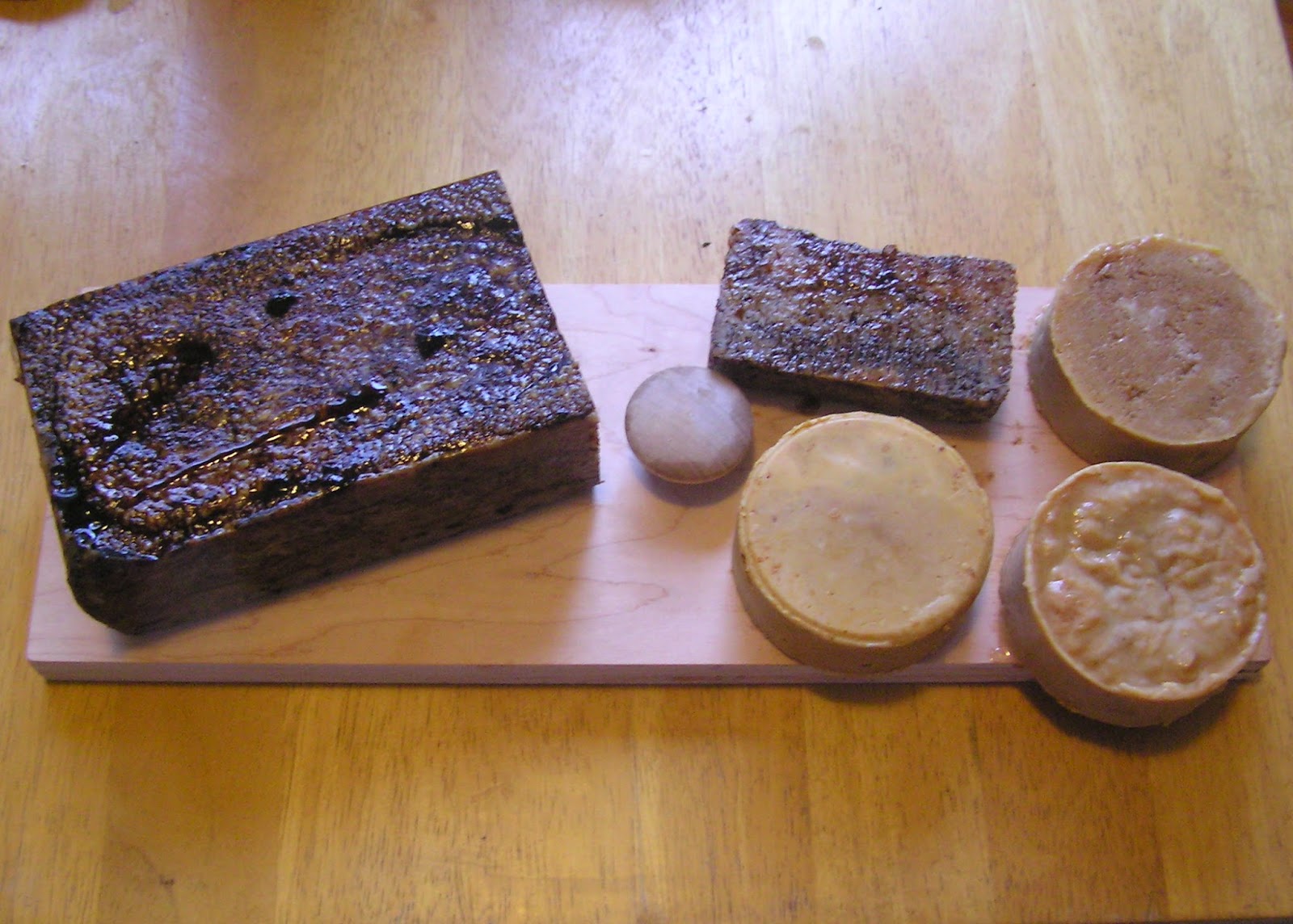 Goat's Milk, Oatmeal and Honey...looks like a loaf of poo, smells like ammonia. Ugh! It was worse when I first unmolded it, covered in a thick layer of oily brown yuck.Apparently honey is very prone to make soap overheat and separate. It can be rebatched but won't have the nice gold-brown color one hopes for with goat' milk soap (the round cakes are okay, though.). I plan to try again, but sadly the new batch probably will not be ready in time for the Pottery Tour.

Can you extend the "holding" time.