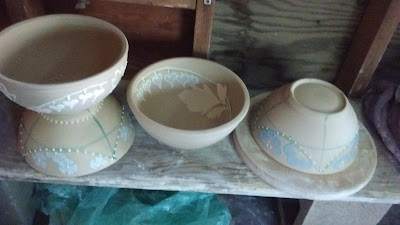 I loooove sliptrailing. Usually my sliptriailng is just dots or other patterns, but occasionally I get inspired to do some representational marks. Even the abstract marks are botanically inspired, and in June there is a lot of botanical inspiration to be had in my garden. 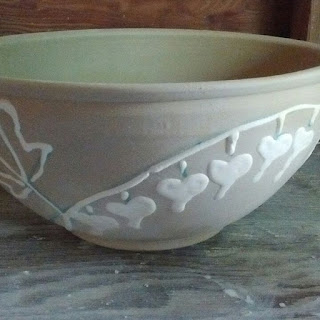 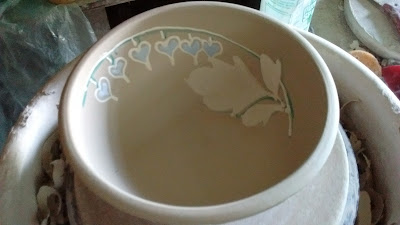 Bleeding hearts have tugged on my mind for some time. The simple repetitive shapes, the multiplicity, the distinctive foliage - they seem made for slip decoration. It's harder than it looks, though, and my first several tries were either just bad - blotchy, unrecognizable - or just didn't really capture the charm of the plants. Theses are a bit better, but I'll keep working on it. 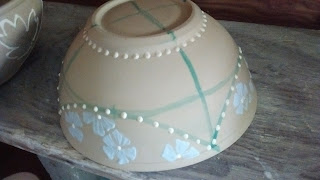 These blossoms are loosely inspired by creeping phlox. 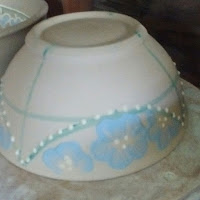 These are more generic but I think I could minimally adapt them to reference poppies. The difficulty with slip trailing is with depth - trying to represent some blooms or petals behind others can sometimes turn into just a blobby mess! On these last two the food coloring serves to mark out the spacing for the scalloped design - this has greatly improved my placement! It has he advantage over pencil or needle tool in that the lines are clearly visible but do not have to be removed later - the food coloring just burns away.
Posted by Lori Watts at 9:46 AM