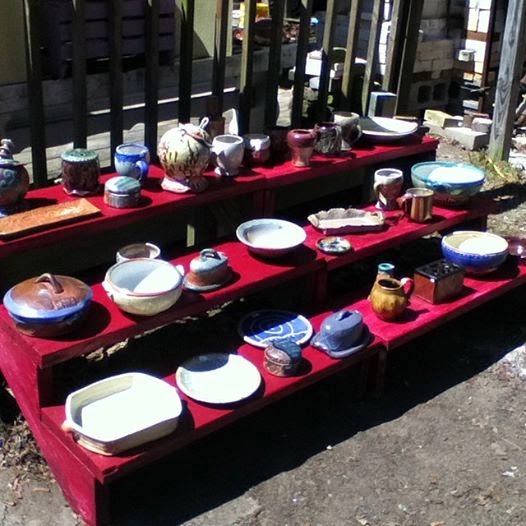 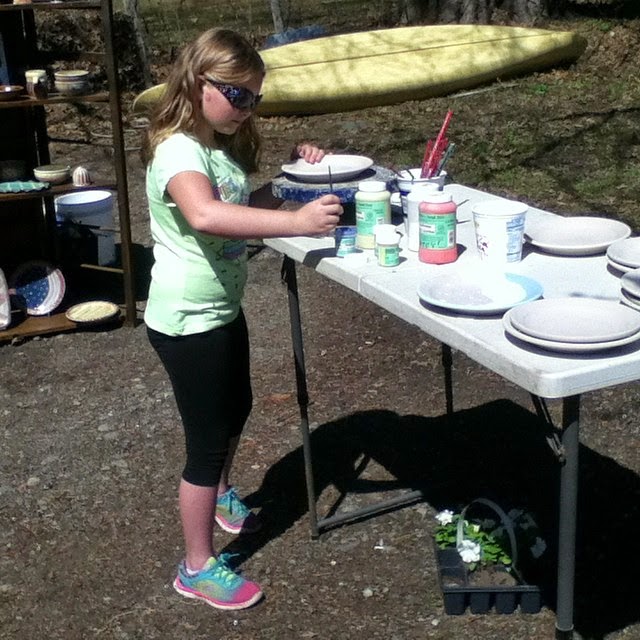 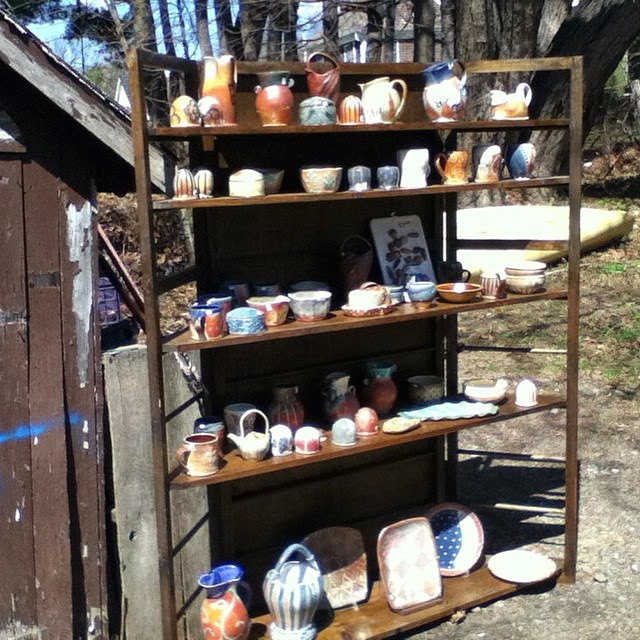 It's 8 am on Sunday, the beginning of Day 2 still three hours away. I'm having my coffee and trying to type around a cat (we have five now - more on that later - so my lap is basically always occupied) and thinking about what's working so far, and what isn't.

The Kennebec Journal covered the Pottery Tour - my photo was in the article. I hung posters and sent postcards and distributed maps. We had absolutely perfect weather. And still, I did not have as many visitors as last year.

Maybe because we had so many new studios this year, people opted to visit potters they hadn't seen before. Maybe because it was the first summery-feeling day in living memory (okay, since, like, last September) and folks chose to put their docks or boats in, (those who have docks or boats) or do yardwork (those who don't) Any of those options bode well for today, which is supposed to be warmer but not as sunny.

Speaking of today: I am thinking I may move a set of shelves closer to the street, and get some balloons - sometimes the movement grabs the eyes of passers-by in a way that signage does not.

In other news, just a few weeks we adopted Finn McCool, Bastet has seen fit to put another cat in our path: Snowball's people - friends of my mother -  passed away within a few months of each other, and their children were not in a good situation to care for her. Who ya gonna call?
Snowball is 14, and has had a lot of changes in a very short time, but given all that she is adjusting very well. There has been no conflict with the other cats in the household, she eats well (does she ever!) and enjoys petting and attention.Welcome, Snowball, to the House of Many Cats!

ETA: And the verdict is, moderately sucky. It's about 4 times better than the worst pottery tour I've had, and about 1/4 of the best. Silver lining: I have lots of inventory to fill stores, and restock my badly neglected website!
Posted by Lori Watts at 6:06 AM

have a good one, your cat really is a snowball

She's huge! They should have called her Sugarloaf.
Such a sweet girl.