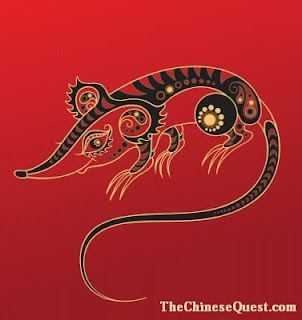 The Roaring 20s are opening in the Year of the Rat - the Metal Rat, to be exact. Don't @ me about the 20s actually starting next year. Years are real, as they represent an astrological event; decades are entirely a cultural construct. And we don't really know exactly when the Common Era began, so this year, last year, next year, whatever; you go ahead and start your decade whenever you like.

Back to the Metal Rat. We have some pretty negative associations with rats - filth, disease, poverty - but that is not the case in the symbolism of the Chinese calendar. The Rat is a symbol of strong vitality, intelligence, cuteness (!), success, leadership, and prosperity.

I was born in a Year of the Dragon, so:


In 2020 the Rat will bring luck and money for those born in the year of the Dragon....The Dragon horoscope 2020 predicts that this year, you will become more sure of yourself and assert your originality, especially in your career, where your qualities will be acknowledged by your superiors and colleagues.

Assert my originality! That sounds good, right? There's some other, less awesome stuff there as well, but let's accentuate the positive.